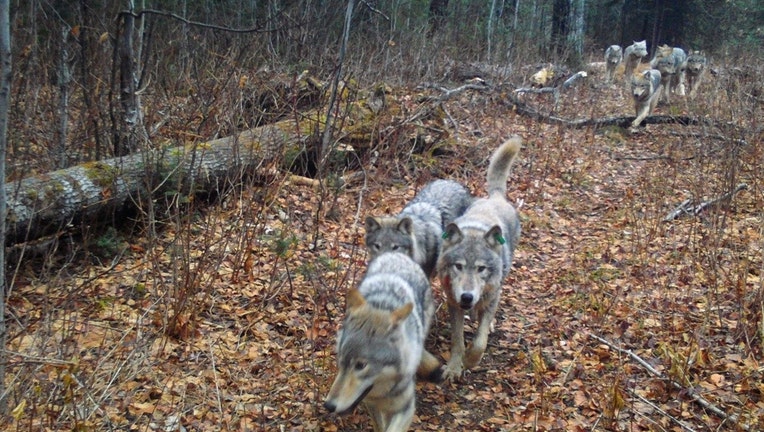 HOUGHTON, Mich. (FOX 9) - In late April and May, researchers in Isle Royale National Park on Lake Superior captured five wolves and attached GPS radio collars to them—the first time they have been able to do so during the pandemic.

The wolves include a male originally caught in Ontario, Canada and relocated to Isle Royale as well as three new males and a female. The four new wolves were likely born on the island in 2020, according to the National Park Service.

The capture of the wolves shows proof of reproduction and survival, which are important metrics in wolf restoration efforts. Researchers will use GPS data from the captured wolves to identify locations where wolves have spent periods of time, including den and predation sites.

In 2018, NPS began a wolf reintroduction program in an effort to rebuild Isle Royale’s wolf population, which had dwindled from 50 wolves down to only two non-breeding wolves that remained to hunt the island’s growing moose and beaver populations. Over the past few years, the park service has relocated over a dozen wolves from Minnesota and Canada to the island. Researchers studying the island’s wolf population found the relocated wolves have begun forming packs, establishing territory and breeding.