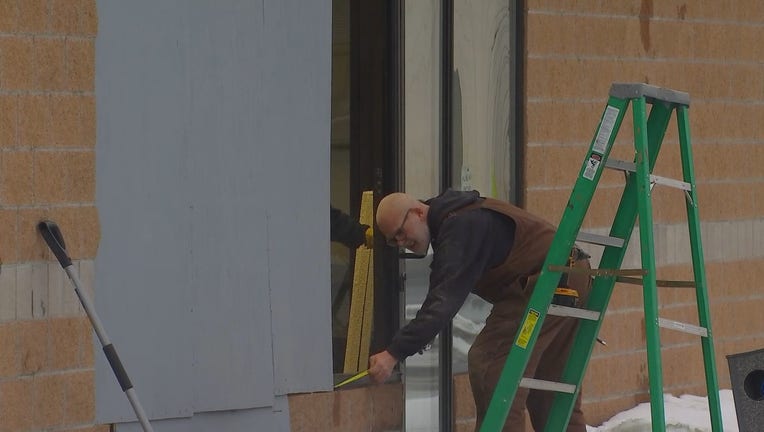 Crews work to repair a wall damaged by a car at a Golden Valley car wash. (FOX 9)

GOLDEN VALLEY, Minn. (FOX 9) - Two people were sent to the hospital after a vehicle crashed into a car wash in Golden Valley, Minnesota Wednesday afternoon.

Golden Valley Police Department spokesperson Joanne Paul said police responded to the call at 12:50 p.m. at the WaterWerks on the 900 block of Louisiana Avenue South. 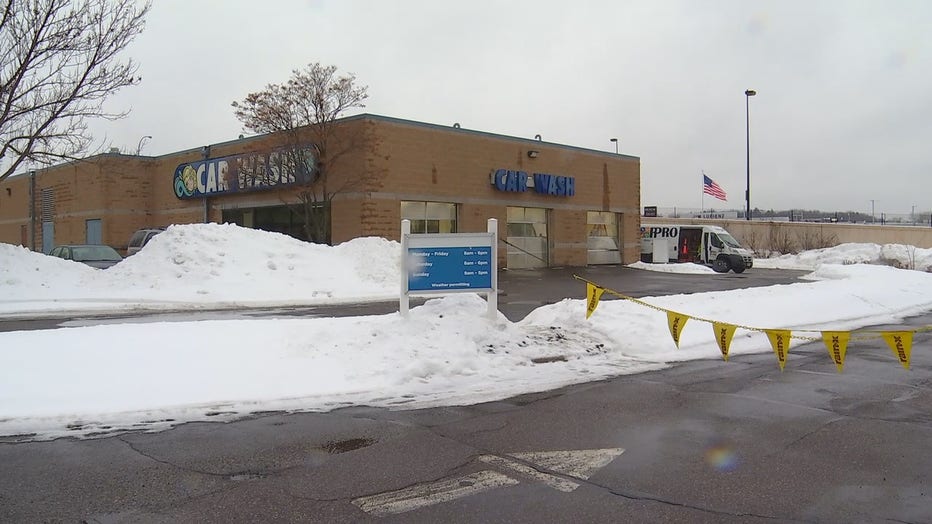 Two employees were transported to North Memorial with what are believed to be serious injuries, Paul said. The driver was not injured.