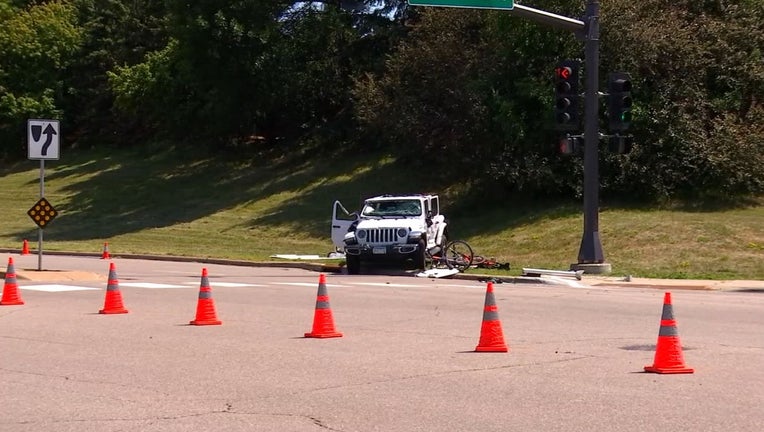 The scene of a crash where two bicyclists were injured after a car rolled and hit them.  (FOX 9)

PLYMOUTH, Minn. (FOX 9) - Two people biking in Plymouth Saturday were seriously injured after a vehicle involved in a car crash rolled over and hit them.

The Plymouth Police Department said the two cyclists were on a corner at the intersection of Schmidt Lake Road and Fernbrook Lane around 11:00 a.m. when two vehicles collided.

After the initial crash, one vehicle proceeded to roll over and hit the two cyclists, causing serious injuries. The adult man and woman were transported to North Memorial Hospital.

Their current conditions are unknown.

The Plymouth Police Department and the Minnesota State Patrol are investigating the crash.