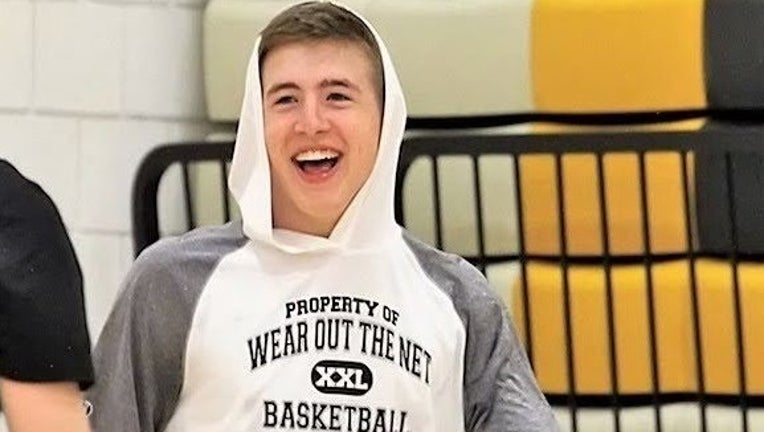 ROSEMOUNT, Minn. (FOX 9) - People in Rosemount have come up with an incredible way to honor a high schooler who died of brain cancer last year.

They’re doing acts of kindness in Cap George’s memory and those good deeds come in all shapes and sizes.

People in Rosemount have come up with an incredible way to honor a high schooler who died of brain cancer last year.

"It’s amazing how many people have kind of shown he’s touched their hearts, too," said Alex Stucke, a Rosemount High School senior.

"We’ve been bringing cards to mailmen and giving them postcards with money or gift cards in them. We’ve had bus driver appreciation, bring your teacher a coffee."

The small acts of kindness are meant to leave an impression like the person whose life inspired the project.

"Cap lived a life that was rooted in selflessness and ambition and kindness," said Ava Williams, a Rosemount High School senior.

13 Acts for Cap is a movement from March 1 to March 13. The number is a nod to the teen’s basketball number. The project is meant to spread love and joy the way George would be proud of.

"When you give to the world, the world reflects that back to you and I’m happy these kids are reflecting that back because that gives us a glimpse of what Cap was giving into the world," said Dave George, Cap’s father.

The 17-year-old Rosemount High School Junior died one year ago after an 8-month battle with brain cancer.

"It just took his life away slowly, that was one of the hardest parts," George said. "It just kept slowly eating him away, but he still kept smiling and bringing himself every day to the table."

13 Acts for Cap is organized by his friends as a way to grieve and give back. It started with a few dozen kind acts shared to social media on March 1. That number is now more than 70 per day.

"I think the more participation we have, it makes us feel like we’re actually able to help people channel their feelings through this project," said Stucke.

On the one-year angel anniversary of George’s death, his family donated $13,000 to the Hope Fieldhouse in Rosemount as a kind act for Cap. Cap also received a special honor as the first inductee into the community athletic facility’s hall of fame.

"It’s touching and fills you with hope when you’re hopeless and you’re grieving still," said George.

When the 13 Acts for Cap wraps up Saturday, his friends hope it’s left those in the south metro feeling a little more love the way Cap would have liked.

"I just think he would be really proud and happy of what we have done here because it would be what he is doing if he was with us today," said Williams.