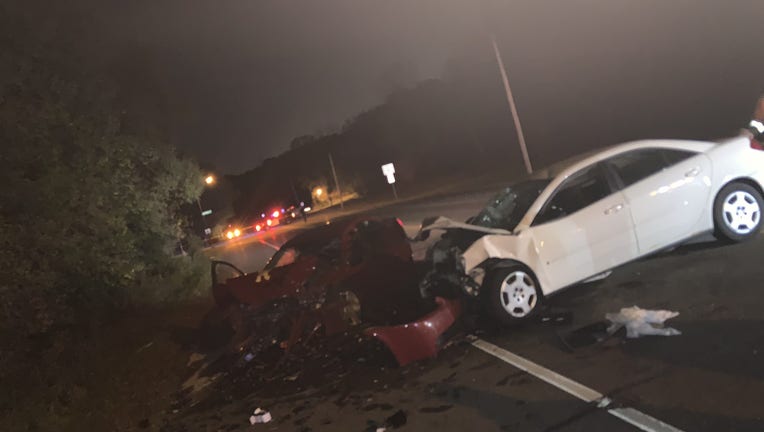 ST. PAUL, Minn. (FOX 9) - One person was killed and three others were critically injured in a crash in the Battle Creek neighborhood of St. Paul, Minnesota Thursday night.

The crash occurred near Lower Afton Road and Morningside Circle shortly before 6:30 p.m.

According to the St. Paul Police Department, a white car with six people inside was driving the wrong way on Lower Afton Road when it crashed head-on into another vehicle.

An 18-year-old woman in the white car was ejected from the vehicle and died. Police identified her Friday as Sulekha M. Abdi of St. Peter, Minnesota.

Three other people in the white car were taken to the hospital and are in critical condition.

Police are still trying to determine who was driving the white car.