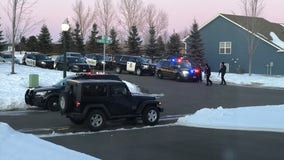 A suspect was charged Thursday with shooting at police officers while they were attempting to execute a search warrant in Dayton, Minnesota Tuesday afternoon. 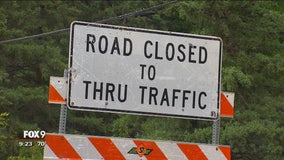 A big construction project in the northwest Twin Cities metro has people in both Dayton and Maple Grove upset. 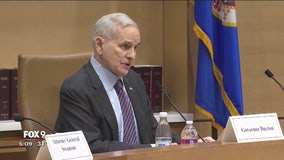 Convicted Minnesotans asked powerful state officials for mercy Thursday, the last people to do so before the state Pardon Board undergoes major changes to its membership. 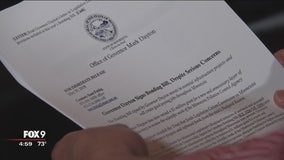 Gov. Mark Dayton signed a $1.4 billion bonding bill Wednesday morning for construction projects around the state, despite some serious concerns. 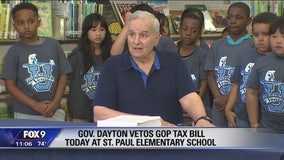 Gov. Mark Dayton made good on his promise and vetoed the Republican tax bill Thursday morning while visiting a St. Paul elementary school. 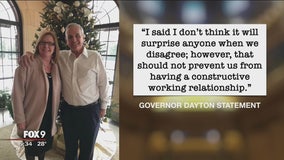 In the midst of an impending shuffling of political seats, Governor Mark Dayton and State Senator Michelle Fischbach met for lunch Friday afternoon to discuss the future. 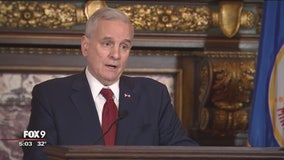 Minnesota Governor Mark Dayton calls for resignations after a few members of state government were accused of sexual harassment. 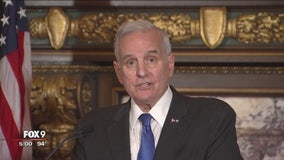 The mediator, ordered by the Minnesota Supreme Court, to help reconcile Governor Mark Dayton and leaders of the Minnesota Legislature, determined the two have reached an "impasse." 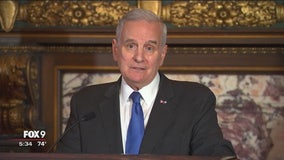 Governor Mark Dayton argues that the federal government is holding up a health insurance program that could save thousands in Minnesota. 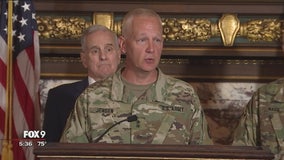 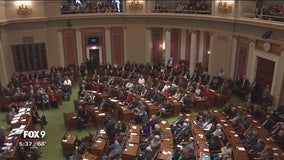 A judge ruled against Minnesota Governor Mark Dayton's veto and restored funding to the state legislature. 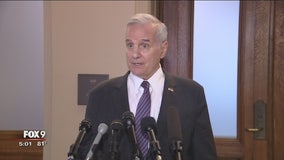 Governor Mark Dayton is taking some heat for remarks he made about a new fund to help better train police officers. Now he's clarifying those comments and meeting with police chiefs to help form better diversity training. 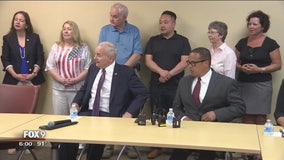 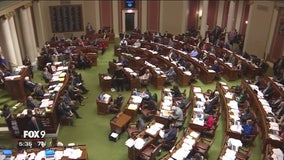 Minnesota Lawmakers and Governor Dayton take their fight to court. 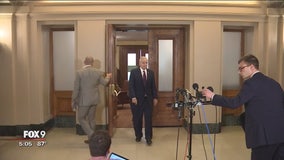 Republicans are following through on their attempt to sue Gov. Dayton over the line-item veto of legislative funding. 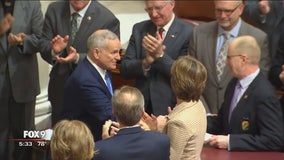 What experts are calling a 'constitutional crisis' is unfolding over the unprecedented move by Governor Mark Dayton to defund the state Legislature. 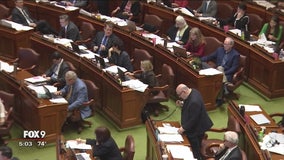 State Congressional Republicans prepare for a legal battle over the constitutionality of Governor Mark Dayton's vetoes to strip the state Legislature of funding. 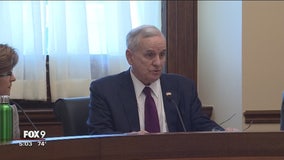 As the budget debate continues, Governor Dayton uses his vetoes as leverage to call the legislature back for a special session. 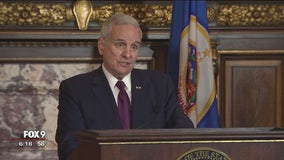 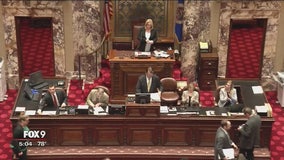 It took three extra days, several sleepless nights and some horse-trading to win crucial Democratic votes, but Minnesota's Legislature finished passing the remainder of a $46 billion budget in a special session early Friday.