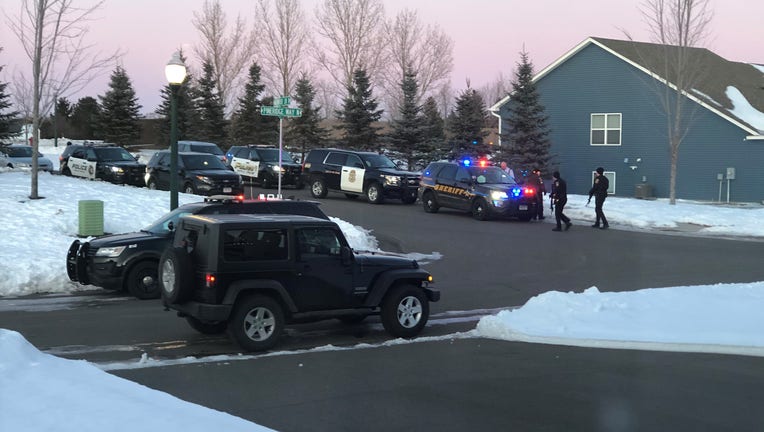 Two people are in custody after an incident involving firearms Tuesday in Dayton, Minnesota.

DAYTON, Minn. (FOX 9) - A suspect was charged Thursday with shooting at police officers while they were attempting to execute a search warrant in Dayton, Minnesota Tuesday afternoon.

Faris Hussien, 26, of Dayton is charged with three counts of first-degree assault for using deadly force against a peace officer.

According to the charges, around 4:20 p.m., police officers were attempting to execute a search warrant at a home on the 12200 block of Pineridge Way.

Three officers approached the house and one of them knocked on the door, identifying himself as a police officer. The individual inside, now identified as Hussien, locked the door's dead bolt.

The officers kicked in the door and, upon doing so, Hussien aimed a firearm at the officers and fired several rounds in their direction.

One of the officers had five bullet holes in his clothing - four in his jacket and one in his pant leg.

During the incident, one of the officers returned fire at Hussien.

No one was injured in the incident.

Hussien remains in custody. He will make his first court appearance on Friday afternoon.