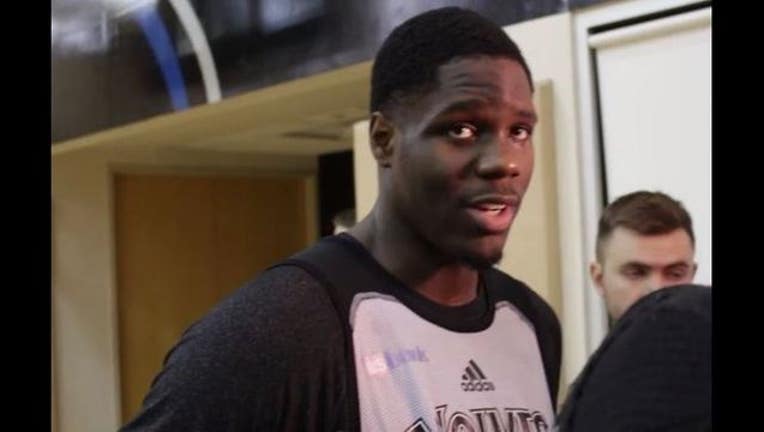 MINNEAPOLIS (KMSP) - The Minnesota Timberwolves announced Wednesday they waived former No. 1 overall pick Anthony Bennett and reportedly bought out his contract for $3.6 million, a source told the Associated Press.

Bennett was selected first in the 2013 draft by the Cleveland Cavaliers, and the Timberwolves acquired the forward in Aug. 2014 as part of a three-team trade -- which included Kevin Love -- with Cleveland and Philadelphia. Bennett appeared in 57 games with Minnesota last season averaging 5.2 points in 15.7 minutes per game.

Bennett was on a team full of post players, and simply wasn’t able to stay healthy.

“In speaking with Anthony and his representatives over the past few days, we came to the conclusion that this was the best outcome for both parties,” said Timberwolves general manager Milt Newton. ‘When you look at our team, our deepest position is probably power forward. This move balances out our roster while also allowing Anthony another opportunity in the NBA. He has a lot of talent and his play this summer internationally made this a difficult decision for us.

“During his short time here Anthony has carried himself with class and represented the franchise in a very professional manner. We thank him for his positive attitude and wish him the best of luck in his future endeavors.”