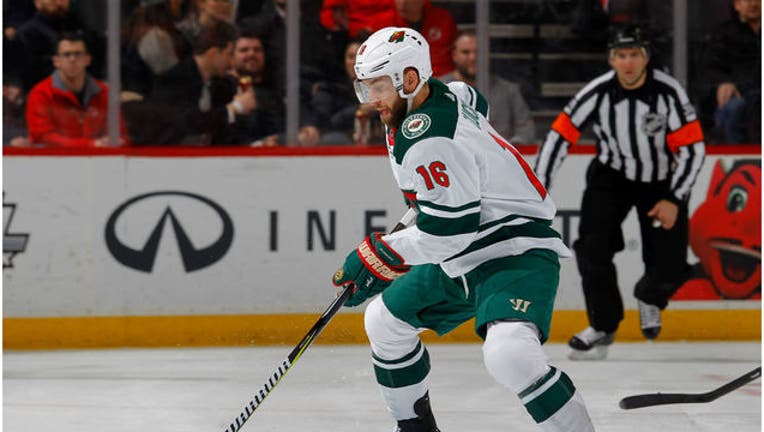 Jason Zucker #16 of the Minnesota Wild in action against the New Jersey Devils on February 22, 2018 at Prudential Center in Newark, New Jersey. (Photo by Jim McIsaac/Getty Images)

The 26-year-old recorded 64 points in 82 games with the Wild last season and 172 total points in 330 career NHL games. He has played with the Wild for seven seasons since being drafted by the team in 2010.

Zucker was the first Nevada-raised draft pick and player in NHL history.