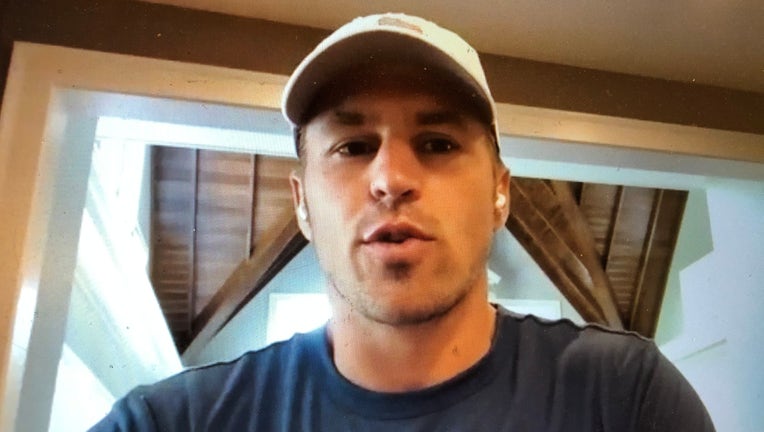 Wild forward Zach Parise spoke Wednesday about getting back on the ice at TRIA Rink and training camp starting next week.

MINNEAPOLIS - The NHL Players Association is expected to make official on Friday what many people around the game though might not have been possible months ago.

The players union is expected to approve the NHL’s return-to-play plan, which means 24 teams could be headed to two hub cities to play games by early August. The NHL suspended its season back in mid-March due to the Covid-19 pandemic.

At the time, the Minnesota Wild was one game out of the last spot in the Western Conference Playoffs with 13 games to play. Under the current plan, they’ll be headed to Edmonton as the No. 10 seed to face the Vancouver Canucks in a best-of-five series. They would need three wins to keep their season alive and advance to the playoffs.

Parise told reporters Wednesday via Zoom he is cautiously optimistic about the players’ vote on Friday.

They just want to play, but Parise added some players have been put in a tough spot. Those with pre-existing conditions, or with family at risk, have concerns about coming back to play again. They’ve been told by the NHL they don’t have to come back, they can opt out if they so desire.

Players in basketball and baseball are taking that option, for various reasons. Parise doesn’t know of any Wild teammates who might opt out, but he fully supports whatever decision they make.

“We’re all human, you think about the public perception, you think about what your teammates are going to think about it. If one of my teammates says they don’t want to go, you respect their decision for whatever reason. We all want to keep our families safe, we all want to make sure our wives and kids are safe and healthy, that’s the most important thing,” Parise said. “So if someone decides for that reason if they don’t want to go, you support them 100 percent.”

Parise was at TRIA Rink on Wednesday for the second time since the Wild opened the facility for small-group workouts. He was one of 10 skaters, a goalie and a coach in his session. Parise had been skating on his own at another rink until returning to TRIA.

He’s still adjusting to a new normal. Consistent testing for Covid-19, getting temperature checks and only having access to certain exercise equipment. The stresses and fears of a global pandemic go way when the skates hit the ice.

“Just the ability to get on the ice with some guys and get some puck touches and passes, try to shake off the rust the best we can before the camp actually starts, it’s been good to be able to go back there and get on the ice with everybody,” Parise said.

The intensity and anticipation will pick up next week. The Wild is expected to open a training camp on Monday, and the team could be headed to Edmonton in two weeks. He said months ago, he didn’t think there was any way hockey would return this season. But the NHL is doing whatever it to get back on the ice and determine a champion for 2020.

Major League Soccer is returning Wednesday night, and baseball is expected to restart later this month. Parise sees hockey coming back as an opportunity to get more fans, especially since TV coverage will be critical with games being played in empty arenas due to Covid-19 concerns.

“Right now hockey could really take advantage of the situation, with everyone that I’m talking to, just dying to see some sports on TV. Everyone has been stuck inside with nothing to watch, no sports. I think if done right, we could really increase our fan base, we could take advantage of this, which at the end of the day would be very good for the league,” Parise said.

Training camp is expected to be intense, once the players are all back together and get their collective legs back. They’ll scrimmage, and they’ll likely get one exhibition game against an opponent before the games matter again.

Then, they have no choice but to be at whatever their best is. In a best-of-five series with the winner advancing to the playoffs, a slow start isn’t an option.

“That urgency is going to be talked about, that first game is going to be so important. We will definitely talk about the importance of getting off to a good start and putting ourselves in a good situation and trying to get better as these games go on, that’s so important,” Parise said.