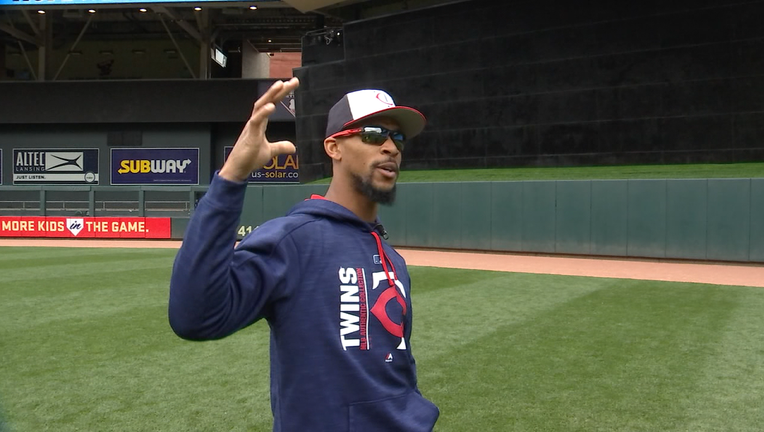 MINNEAPOLIS - Minnesota Twins players Nelson Cruz and Taylor Rogers spoke about working out, playing catch, binge-watching Netflix and color-coding closets on Monday as they try to stay busy while Coronavirus has Major League Baseball shut down.

Some video that made the rounds on social media on Tuesday should have Twins fans excited, whenever the 2020 season does start. Outfielder Byron Buxton, with the help of his wife, is shown taking swings outside on what appears to be a sun-soaked afternoon, presumably in his hometown of Georgia. It was taken and posted to social media by pitcher Lewis Thorpe, a candidate for the No. 5 spot in the starting rotation before being cut during Spring Training. The video was also shared by the Twins.

Buxton missed nearly the last month of the 2019 season to have left shoulder surgery. He suffered an injury earlier in the season after crashing into a wall chasing a fly ball in Miami, tried to rehab it and never fully recovered. He sat and watched from the bench as the Twins won their first AL Central Division title since 2010, and the season ended in another playoff loss to the New York Yankees.

It’s the latest setback in what’s been a career full of injuries for the Twins’ potential star of the future, also one of the fastest men in baseball.

Tuesday, he was taking swings with the help of his wife, throwing him soft toss. Buxton was hitting off a tee since late January and by mid-February, he had progressed to hitting via soft toss. Before Spring Training was canceled due to Coronavirus, the plan was to have him playing in games with the hope of being ready by Opening Day.

With Covid-19 shutting down sports, it only gives Buxton the time he needs to get fully healthy. Barring something unexpected, Buxton should be ready to go when the season does start.