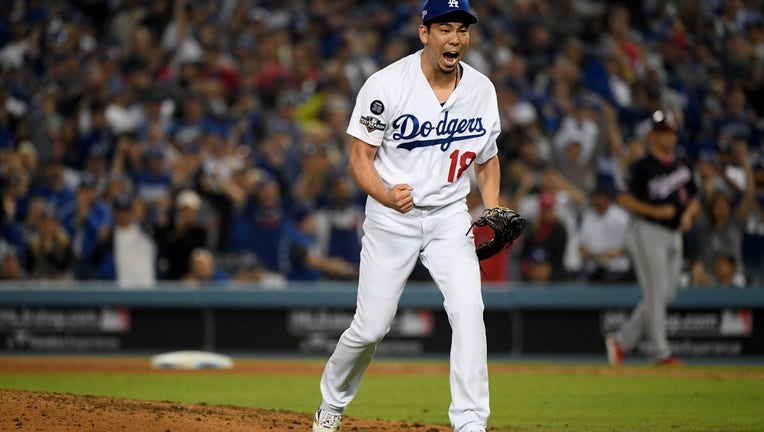 MINNEAPOLIS - If it wasn’t official before, the Minnesota Twins are going all-in on the 2020 season.

It didn’t appear that way for a while after the franchise went into the offseason without making any signings during the Major League Baseball Winter Meetings. The Twins won 101 games in 2019 to win the American League Central Division for the first time since 2010.

Rocco Baldelli won the AL Manager of the Year Award, making history by doing so in his first season in such a position. The Twins were primed to take the next step after getting swept, again, by the New York Yankees in the playoffs.

But they needed more pitching. They didn’t land Zack Wheeler, they knew Gerrit Cole was unlikely and they couldn’t bring Madison Bumgarner to the Twin Cities. Things changed late Tuesday night as the Twins became part of one of the biggest trades in the MLB off-season.

The Twins traded young and promising pitcher Brusdar Graterol, a flame-throwing right-hander who pitched late in the season after spending most of the year in the minor leagues. He’s reportedly headed to the Boston Red Sox as part of a three-team trade that sent Mookie Betts to the L.A. Dodgers. In return, the Twins get Dodgers starting pitcher Kenta Maeda.

Maeda will give the Twins badly-needed depth in the starting rotation. He made 37 appearances and 26 starts for the Dodgers last season, finishing 10-8 with a 4.04 earned run average. He had 169 strikeouts and just 51 walks in 153 2/3 innings. He’s likely to be the No. 3 starter behind Jose Berrios and Jake Odorizzi.

Maeda's contract might be what makes him the most enticing to the Twins. He's entering the fifth season of an 8-year, $25 million contract. He's under team control through the 2023 season. He's also got big-time playoff experience, which can only help the Twins.

The Twins said goodbye to Kyle Gibson and Martin Perez after last season, and have added Homer Bailey and Rich Hill in free agency. Michael Pineda is back, but will miss the first two months of the season finishing a suspension from last year after testing positive for a banned substance, a diuretic he used to manage his weight and blood pressure.

Bailey will step into the rotation immediately, after pitching last season with the Kansas City Royals and Oakland Athletics. He finished last year 13-9 with a 4.57 earned run average in 31 starts, and had 149 strikeouts in 163 innings.

Hill went 4-1 with a 2.45 ERA in 13 starts for the Dodgers last season, striking out 72 in more than 58 innings. But he missed significant time after having elbow surgery, and won’t be ready until sometime in May.

Graterol appeared in 10 games late last season and did well enough to make the playoff roster. He regularly threw over 100 miles per hour, and struck out 10 batters in 9 2/3 innings. He’s just 21 years old, and was one of the Twins’ top pitching prospects.

The Twins rarely part ways with prospects to improve other areas, so Tuesday’s trade sends a clear message: The front office wants to win now, and they want to make a playoff run. That much was made clear after they signed third baseman and slugger Josh Donaldson in free agency to a four-year, $92 million contract. He hit 37 home runs last year, and is coming to a team that already set the MLB home run record with 307 last season.

The Twins had to upgrade their starting pitching after last year’s early playoff exit. This might not have been the most direct path to doing so, but it’s a gamble they are willing to take.