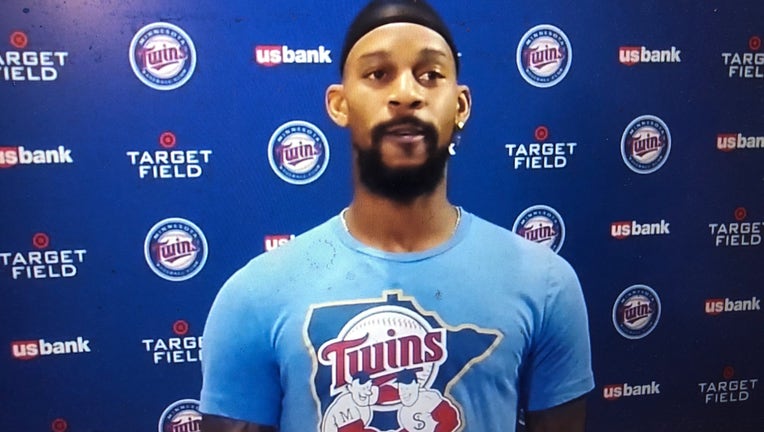 Minnesota Twins center fielder Byron Buxton talked Wednesday about his foot injury Monday night and vowed he'll be in center field when the season opens next Friday in Chicago.

MINNEAPOLIS - Minnesota Twins center fielder Byron Buxton said Wednesday he’s not going to let his latest injury scare keep him from being on the field next Friday when they open their 60-game season in Chicago against the White Sox.

Buxton is referring to next week’s exhibition game at Wrigley Field, just a few days before the regular season opener. At this point, it appears Monday night can be chalked up to a good scare.

Buxton was tracking a Nelson Cruz fly ball during an intra squad game and when he went to make a cut, he said he felt a pop in his left foot. He was on the ground for several minutes and needed the help of team staff to get onto a car that took him off the field.

Buxton didn’t put any weight on his foot getting on the cart.

“Definitely one of those things that didn’t feel right. Kind of sharp pain immediately, and got a little numb. It kind of just freaked me out more than the play itself. It’s unusual,” Buxton said.

He went into get evaluated by team trainers and have imaging done. Scans done Monday night and Tuesday showed no structural damage, and the Twins listed him as day to day with a mid-foot sprain.

“That’s when it kind of eased my mind a little bit and took that step back, it puts your mind at ease knowing it’s nothing serious. I’m not going to miss no part of the season, so I’m very happy about that,” Buxton said.

But for at least a few hours Monday night, Buxton was worried his 2020 season might be over before it ever really got started, and because of yet another injury. He missed time last season with a concussion, and with a wrist injury.

Then in early August, he went after a fly ball in Miami and went down injured after crashing into the wall. He tried to play through it, but ultimately missed the last month and the playoffs after needing surgery. He used baseball’s delayed start due to the Covid-19 pandemic to face more live pitching and fine tune his swing.

He then arrived a couple days late to Summer Camp after his wife gave birth to their second son. After all that, another injury?

“That’s pretty much word for word about what I said. It’s one of those things, obviously just coming off that shoulder injury, work hard to get back and be ready for Spring Training and obviously with the season not starting it gave me a little bit of time to get it right and do things I need to do this year. That day put a dagger in things, mentally it kind of shuts everything off and you kind of want to get away from this,” Buxton said. “Once the results came in, it kind of put your mind at ease and you just try to figure out ways to get back on the field.”

Before Monday’s set back, Buxton had a pair of doubles in intra squad games and was feeling good at the plate. He’s now taking things day by day, but he’ll be in center field against the Chicago White Sox next Friday night.

“I’m ready, I can’t wait for the season to get started, go out there and battle,” Buxton said.