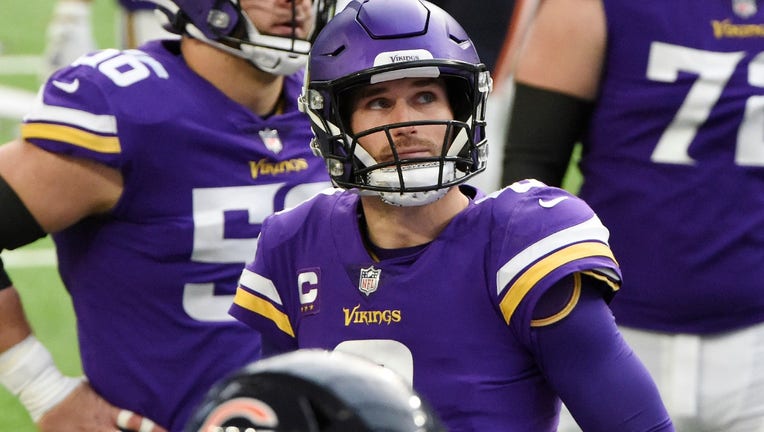 MINNEAPOLIS - It’s Super Bowl week and while the Tampa Bay Buccaneers and Kansas City Chiefs prepare for the biggest game in sports, other NFL teams are working on their rosters to get there next year.

The Detroit Lions and L.A. Rams made the big news of the weekend, with Matthew Stafford heading to the Rams in a trade that will bring Jared Goff to the NFC North Division. Last week’s news of Deshaun Watson wanting out of Houston has Minnesota Vikings fans clamoring for a way to get him here.

But the latest rumor has Kirk Cousins heading to the West Coast. According to Evan Massey, owner of NFLAnalysisNet, the San Francisco 49ers are looking to make a move at quarterback, and Cousins "is a name to keep an eye on."

Cousins has familiarity with 49ers coach Kyle Shanahan as the two were together in Washington, and San Francisco might be looking to move on from Jimmy Garoppolo. He played in just six games in 2020 due to injury, throwing for 1,096 yards, seven touchdowns and five interceptions.

Cousins is coming off one of the best seasons of his career, despite the Vikings finishing 7-9 and missing the NFC Playoffs for the fourth time in seven seasons under Mike Zimmer. Cousins threw for 4,265 yards, the third-most in his career, and had a career-high 35 touchdowns with 13 interceptions. Cousins is the only quarterback in the NFL to throw for at least 25 touchdowns in each of the past six seasons.

The Vikings signed Cousins to a two-year extension before the season, putting him under contract with Minnesota through 2023.

The 49ers have the No. 12 overall pick the NFL Draft, and the Vikings pick two slots later.

Could the 49ers make an offer the Vikings can’t refuse? It’s something to monitor this offseason.