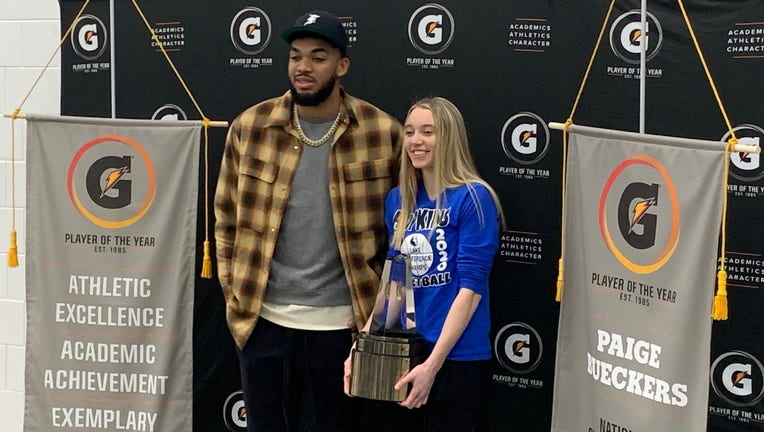 MINNEAPOLIS - Just when you think Paige Bueckers has done it all, she keeps making more big shots in big moments.

Monday night, she did it on the national stage as No. 2-ranked UConn knocked off No. 1-ranked South Carolina. Bueckers hit a 3-pointer with 10 seconds left in overtime to lift the Huskies to a 63-59 victory. She finished with 31 points, scoring all seven points for UConn in overtime and the last 13 for the Huskies.

Bueckers, the former Hopkins star, shot 12-of-24 from the field, and added four rebounds and five assists. She’s recorded three straight 30-point games for the Huskies, something that’s never been done in the history of the program under Geno Auriemma.

"I went to UConn to play in huge games like this," Bueckers told reporters after the win.

In 14 starts this season, Bueckers leads the Huskies with 21.1 points per game, is shooting 55.6 percent from the perimeter and nearly 81 percent from the free-throw line. She’s also playing more than 36 minutes per game.

She’s becoming a star on the national stage, and when it comes time to take her game to the next level, she’ll be the No. 1 overall pick in the WNBA Draft.