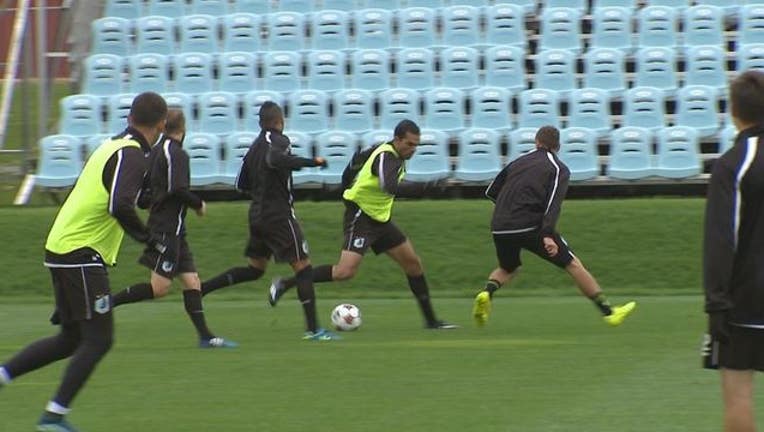 MINNEAPOLIS - Major League Soccer is closer to getting back on the pitch after its players’ association submitted their latest proposal to the league on Sunday.

MLS players approved on Sunday night a package of concessions for the 2020 season, modifications to the recently-agreed collective bargaining agreement and signed off on resuming the soccer season with a summer tournament in Orlando. The economic concessions include salary reductions across the entire player pool, reduced team and individual bonuses and additional concessions to both existing and future items in the CBA.

Minnesota United coach Adrian Heath and midfielder Ethan Finlay, a players' union rep for the Loons, talked roughly three weeks ago about the possibility of resuming the season with a tournament in Florida and the logistics involved. It would likely be a World Cup-style format, with teams placed into group stages, then a playoff formation starting with quarterfinals.

The bottom line is they want to get back on the field and competing if they can do it safely, and if the games mean something.

"The general consensus is we need to get back to some normalcy. If that means going to Orlando and playing futbol for a month, then that might be it. If this does go ahead, it will be meaningful futbol. There will be points at stake. They do have to be meaningful games, not just going through the motions," Heath said.

Finlay says, as a professional soccer player and athlete, he just wants to play. It might mean playing games in empty stadiums, being quarantine in hotels for several months and adhering to strict Covid-19 guidelines.

"If the scenario is right, if they feel safe and it’s worthwhile and it’s competitive, guys are going to want to get back to the field. We’re going to try to do everything we can to play games this season," Finlay said.

The players voted Sunday night in an effort to get back to playing as quickly as it’s safe to do so, within medical guidelines. The proposal was sent to team owners for a vote on the league side.

The MLS suspended its season in mid-March due to the Coronavirus pandemic. At the time, Minnesota United had started the season with a pair of road wins and was getting ready for its second season at Allianz Field with a four-game home stand.

About two weeks ago, MLS approved voluntary individual workouts outside for teams across the league so long as they adhered with state and local Covid-19 guidelines. The Loons held various individual sessions, with a majority of its roster in the Twin Cities.

The indoor facilities remain open to only essential team staff, and any players needing medical treatment or rehab.