10 women who changed the world

These women reshaped the world in ways you might not have known.

We’re barely a week into Women’s History Month, and Maia Chaka is already carving out her place in it.

The National Football League announced Friday Chaka would be joining its roster of game officials for the 2021 season. She’s the first Black woman to join the league’s officiating staff.

"I am honored to be selected as an NFL official," Chaka said in a league-issued news release. "But this moment is bigger than a personal accomplishment. It is an accomplishment for all women, my community, and my culture."

Chaka has spent years officiating collegiate games with the Pac-12 and Conference USA. She even has a professional stint to her name, taking part in XFL games last year. 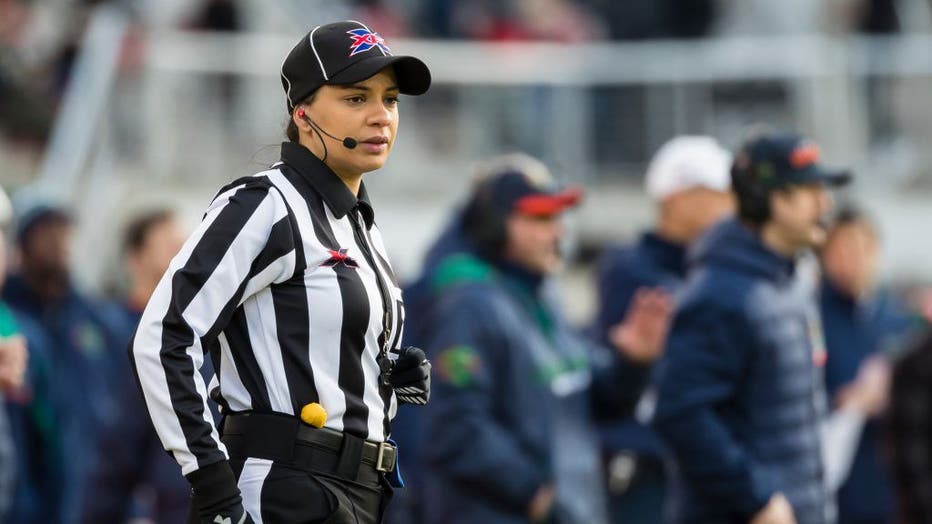 Referee Maia Chaka in action during the first half of the XFL game between the DC Defenders and the Seattle Dragons at Audi Field on Feb. 8, 2020, in Washington, DC. (Photo by Scott Taetsch/Getty Images)

In 2014, she joined the NFL’s Officiating Development Program, which brings in top college officials to determine if they can succeed as an NFL referee.

"Maia’s years of hard work, dedication and perseverance – including as part of the NFL Officiating Development Program – have earned her a position as an NFL official," said Troy Vincent, Sr., NFL executive vice president of football operations.

In recent years, the NFL has been working to bring women into the game. In 2015, Sarah Thomas became the first woman to be hired as a full-time official in NFL history.

Last month, Thomas became the first woman to officiate a Super Bowl. The Tampa Bay Buccaneers won that game with a coaching staff that included Maral Javadifar and Lori Locust — the first female coaches to win the big game.

Vincent looks at Chaka’s hiring as the next step in the league’s effort.

"As we celebrate Women’s History Month, Maia is a trailblazer as the first Black female official and inspires us toward normalizing women on the football field," he said.

Outside of football, Chaka works as a physical education teacher in the Virginia Beach public school system. She graduated from Norfolk State in 2006 before pursuing teaching and officiating careers.