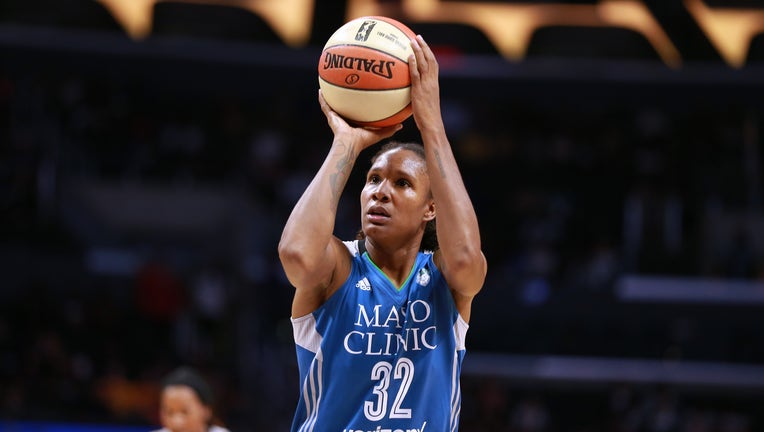 MINNEAPOLIS (FOX 9) - Minnesota Lynx great Rebekkah Brunson is retiring from the WNBA, but she is not leaving the team entirely. Head Coach Cheryl Reeve says the five-time WNBA champion will join her staff as an assistant coach.

The Lynx also announced they will retire Brunson's No. 32 jersey, making her only the second player in franchise history to have her number retired. The jersey retirement will take place at a game this summer, although the date of that game has yet to be announced.

“I put a lot of thought into these upcoming decisions because I love this city and this organization and always want to make sure I do what’s best for them, my family and the game,” Brunson said in a statement. “In that, I have decided to retire as a player and join the Minnesota Lynx coaching staff. I am excited for the opportunity to continue building the Lynx legacy. I am also thrilled with the idea of having my jersey hang in the rafters next to one of my favorite people, one of my best friends, and one of my favorite players. All of the work that we did together throughout our time as players here, to hang next to the banners we worked so very hard to earn, will be something that brings me an amazing amount of joy and fulfillment.

Brunson is retiring after 15 seasons and a record five WNBA titles. She is the league's all-time leader in total rebounds and offensive rebounds.

As an assistant coach, Brunson will assist in the Lynx's scouting efforts and player development with the team's post players, according to a team statement.

“We are extremely happy that Rebekkah Brunson, one of the cornerstones of our franchise and the only player in league history with five WNBA Championships, will continue to play a role in the Lynx organization, this time as she begins the next phase of her basketball career," Reeve said in a statement.