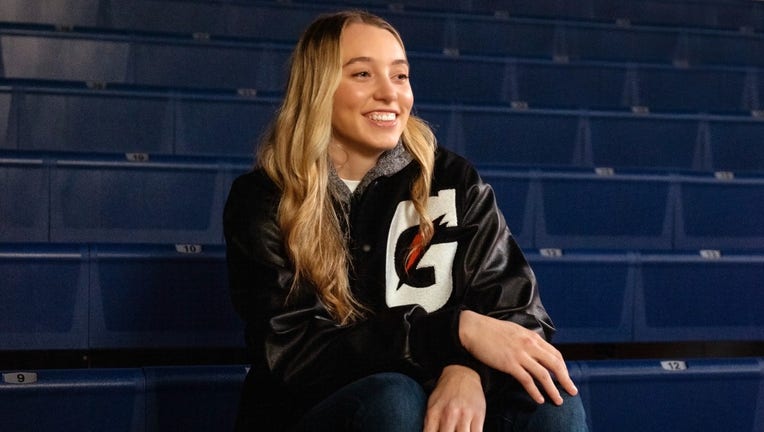 MINNEAPOLIS - Paige Bueckers is one of the most recognizable names on the planet when it comes to basketball and women’s sports.

She’ll now be able to benefit financially off her name, image and likeness. Officials with Gatorade announced Monday they’ve signed Bueckers to an endorsement deal. Bueckers was the Gatorade National Player of the Year in 2020, getting the surprise award from Minnesota Timberwolves star Karl-Anthony Towns as she practice with her team ahead of Hopkins quest for a girls’ state basketball championship.

"It was a blessing to win Gatorade Player of the Year in high school, and now it’s truly surreal to be an official member of the Gatorade Family," Bueckers said in a statement. "I know this is just the beginning of our partnership and can’t wait to get to work with Gatorade to drive impact in the community and on the women’s game."

Bueckers is the first collegiate player for Gatorade to sign. She joins a group of female athletes that includes Serena Williams, Elena Delle Donne and some of the current big names in professional sports, including Zion Williamson, Jayson Tatum and Trevor Lawrence.

Bueckers led UConn to the national championship game as a freshman, and has the Huskies off to another fast start this year.