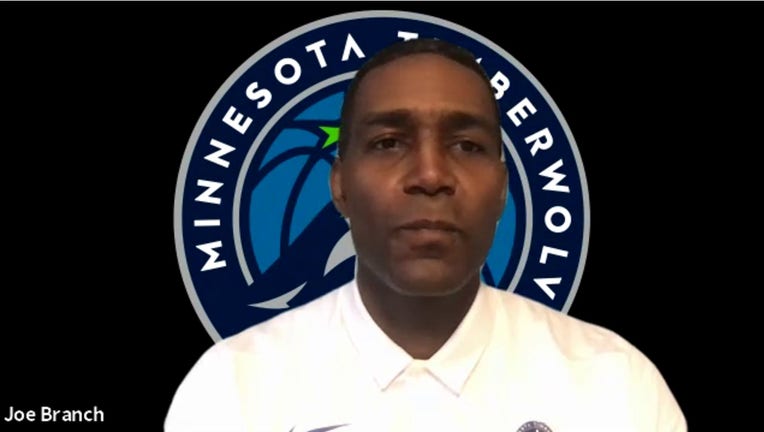 MINNEAPOLIS - The NBA Draft is eight days away, and the Minnesota Timberwolves are busy assessing the future of their franchise after missing the playoffs for the 16th time in 17 seasons.

The Wolves have the pick that every other team wants, the No. 1 overall choice. They key question with about a week to go is will they keep it and take who they think is the best player in the draft? Or do they trade it to get the third piece to complete their own super team with Karl-Anthony Towns and D’Angelo Russell.

Gersson Rosas showed this past season he’s not afraid to deal. He overhauled the roster before the NBA trade deadline, bringing Russell to play with Towns and have a star in the backcourt. The phones will ring over the next week with trade offers, so what the Wolves do with the No. 1, 17 and 33 will be telling for a franchise that has struggled to stay competitive.

“Every pick is important. We know what we’re trying to do, one of our pillars is being championship driven. That’s our ultimate goal, so 1, 17 and 33, they’re all very important picks for our franchise,” Joe Branch, the Wolves’ assistant general manager, told reporters via Zoom Tuesday morning.

Branch is one of many members of the Wolves’ front office giving Rosas every piece of information they need leading up to draft night. Branch is in an interesting spot. He was an agent with RocNation Sports before coming to Minnesota, and worked out new contracts for Justise Winslow, Danny Green and Caris LeVert.

It was once his job to get draft prospects with the best team possible. Now it’s his job to help the Wolves’ pick players that will take the franchise to another level. It’s his first draft inside an NBA front office.

“I think it’s a blessing to be here, I believe in Gersson’s vision, it’s very interesting to be on the other side to see how thorough our front office is in evaluation of players,” Branch said.

As for the No. 1 pick, the names haven’t changed for who are considered the top prospects.

One day, guard LaMelo Ball emerges as the favorite. Another day, Memphis center James Wiseman gains steam. The favorite since the Wolves won the NBA Draft Lottery has been Georgia star Anthony Edwards.

The bottom line is until they move assets, the Wolves have three chances next Wednesday night to add a potential star alongside Towns and Russell. They could also uses those assets to bring in a proven NBA player that could take the franchise to the next level.

It’s a huge decision for Rosas and the Wolves, and one that’s not taken lightly.

“Right now you’re trying to add to the core that we have with D-Lo and KAT. We’re trying to impact the Timberwolves’ future, so I think it’s very exciting to do it and to have the No. 1 pick in my first draft,” Branch said.