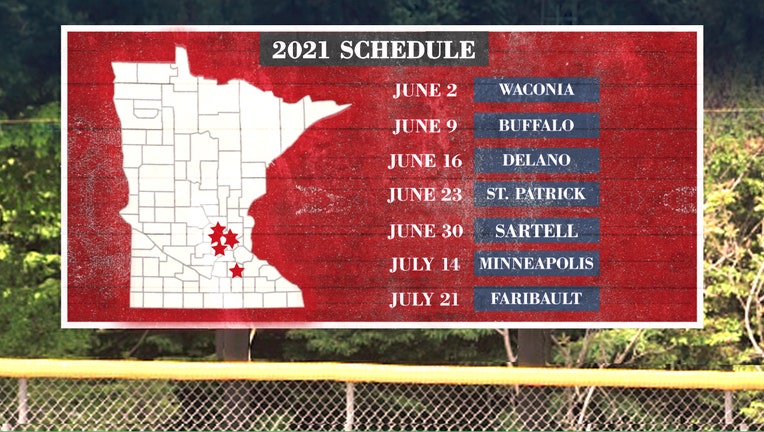 (FOX 9) - The FOX 9 Town Ball Tour is back for another round of summer stops at some the best ballparks and towns in Minnesota. This year, featured games will also be streamed live on fox9.com/live with the Minnesota Baseball Association and SchoolSpace Media.

We’ll see you at the ballpark!

New to the FOX 9 Town Ball Tour? Take a look at some great moments from past seasons.

Here's a look at some of our favorite moments from the Town Ball season.

Steve Boger, a Howard Lake Orphans player and FOX 9 Top Teacher, invites his current and former students and their families to the ballpark every year for kindergarten reunion night--where the kids run the bases after the 3rd inning and sing "Take Me Out to the Ball Game" for the 7th inning stretch.

A former Arlington A’s player who was told he has six months to live touched them all Wednesday night, taking a ceremonial trip around the bases during FOX 9’s Town Ball Tour.