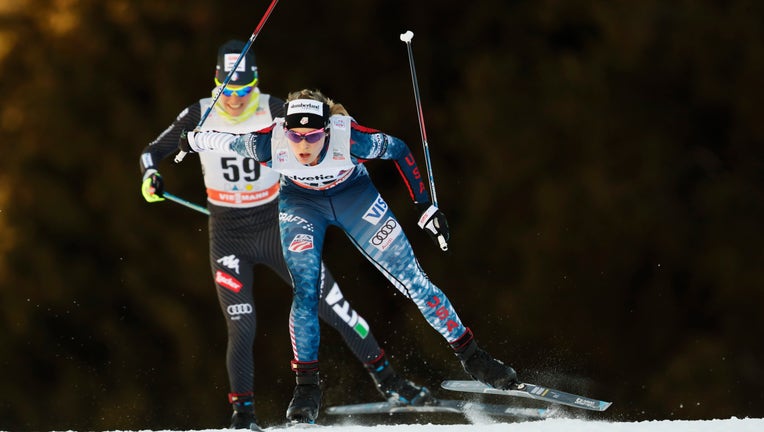 MINNEAPOLIS (FOX 9) - The World Cup cross-country ski race set to take place in Theodore Wirth Park next week has been canceled over concerns about the coronavirus.

Racers were coming from all over the world to compete at the 2020 Coop FIS Cross Country Ski World Cup sprint finals on Tuesday, March 17. It would have marked the first time in two decades that the world’s best skiers competed on American snow.

The Fastenal Parallel 45 Festival was supposed to start on Saturday, cumulating in the big race on Tuesday. All those events are also canceled.

Final countdown is on to the Minnesota World Cup

Hosted by the Loppet Foundation -- the 2020 COOP FIS Cross Country Ski World Cup Spring Finals will feature the world's best skiers competing on American snow for the first time in 20 years. Such a grand event, calls for a celebration - and leading up to the Cup, the Fastenal Parallel 45 Winter Festival will keep everyone busy. Loppet Foundation director John Munger stopped by the Buzz with a rundown of all the fun.

The International Ski Federation, U.S. Ski & Snowboard and the Loppet Foundation—the local organization that put together the events—made the decision jointly after consulting with health officials.

The Loppet Foundation said they were “devastated” to announce the World Cup race had been canceled.

“We know this is not easy news for anyone - from volunteers and sponsors who have dedicated their time, talent and resources; to the athletes who have spent years training; to our staff who have poured heart and soul into preparations; to the thousands of folks who were excited about participating and spectating,” the Loppet Foundation said in a statement. “Thank you for your understanding and support as we prioritize our collective well-being.”

Jessie Diggins, the Olympic gold medalist skier from Afton, Minnesota who was instrumental in getting a World Cup race in her home state, wrote in an Instagram post Thursday morning she was "heartbroken" over the news the race was off.

"To all the organizers, sponsors, volunteers, athletes and every single fan that was excited to rev up their cowbells; I see you, I hear you, and I want you to know that the event being cancelled in no way diminishes the excitement and joy that your love for sport has created," she wrote. "Your belief and hard work has not gone unnoticed and it has made a difference, with or without the start gun going off. The fact that we were ready to race in the US has created so many opportunities for growth in sport, and we will pick up the pieces and move forward with hope that we will get another chance."

Minnesota currently has five confirmed cases of the coronavirus in the state. On Wednesday, the World Health Organization declared the outbreak of COVID-19 to be a pandemic.