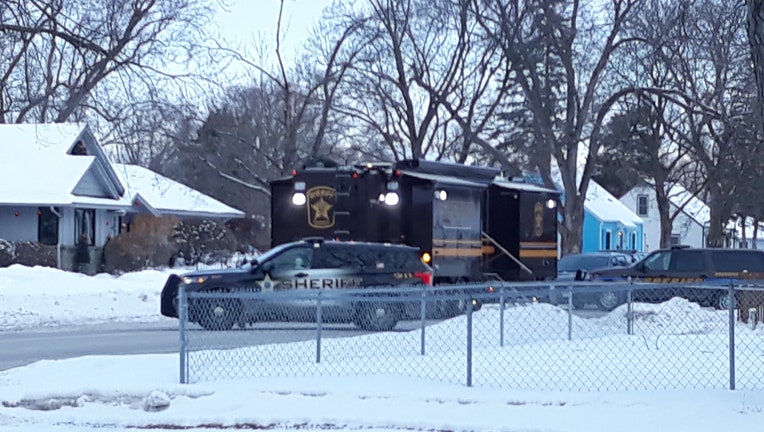 This photo from a neighbor shows the investigation Saturday morning in Brooklyn Center. (Supplied)

BROOKLYN CENTER, Minn. (FOX 9) - A woman has been arrested after a fatal stabbing early Saturday morning in Brooklyn Center, Minnesota.

According to police, at 12:33 a.m., officers responded to a report of a stabbing. When they arrived, they found a man who had been stabbed in the chest.

The man was rushed to the hospital where he was pronounced dead.

Police took a woman into custody. They say the woman had been in a long-term relationship with the victim but wasn't currently living with the man.

According to police, when the stabbing occurred, the woman was trying to get the victim out of her house.

Officers aren't looking for any other suspects in the case. The investigation into the incident is ongoing.