A retired Minneapolis police sergeant and his family have found a creative way to pay tribute to Minnesota's fallen peace officers.

Normally, officials would read off all 292 names of Minnesota officers killed in the line of duty. But this year, it will stream live on Facebook.

In order to grieve and honor those who have paid the ultimate sacrifice, friends and colleagues are finding more creative ways to pay tribute. For one law enforcement family in the Twin Cities north metro, that involved heavy hearts and two wheels.

Newly retired after 30 years with the Minneapolis Police Department, former Sgt. Mike Strauss and his family found a new purpose amid the pandemic. 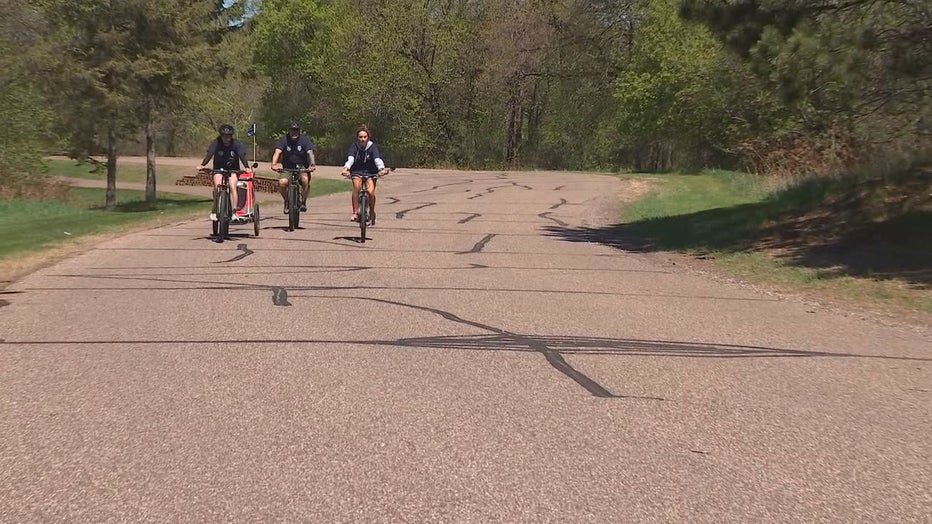 “We want the awareness for the public to know what our National Guard, our first responders, our fire and medical are all doing out there and the sacrifices they made,” Strauss said.

Lora Strauss also used to work in law enforcement at the federal level. As members of the Front Line Foundation, she and Mike have teamed up with the Outdoor Association for True Heroes with these rides serving as fundraisers.

So far in May, they have raised over $12,000 for the family members Minnesota’s fallen have left behind. 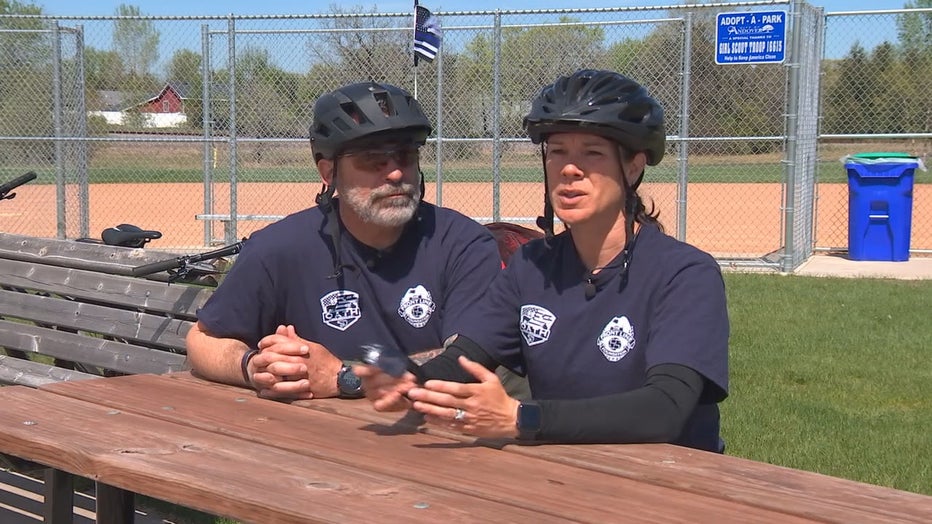 “Each carries their own unique story and they leave family behind and children behind and spouses," Lora said. "I think it’s just important that along with the sacrifice, there’s also a family behind that's also making a sacrifice."

Each hero is researched prior to the ride, discussed and thought about along the way.

This week, they are concentrating on the three Minnesota National Guard members killed when their helicopter crashed last year.

“We rode for [Charles Nord] yesterday and the entire ride, it hurt my heart,” Lora said.

Through a few tears and changing gears, the Strauss family is proud to do their part.

“We're respectful of those sacrifices and we appreciate them and we are not going to take them for granted," Lora said.

The Strauss family still has several rides left. If you would like to donate visit thefrontlinemn.org.