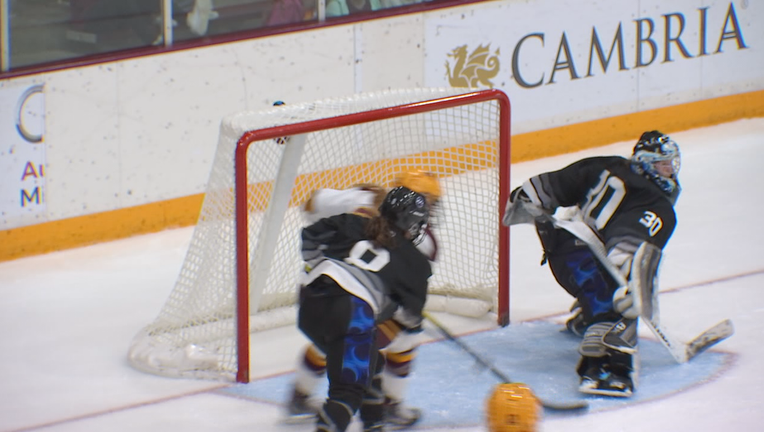 The Whitecaps play the University of Minnesota Gophers in a scrimmage ahead of the season. (FOX 9 Minneapolis-St. Paul)

MINNEAPOLIS (FOX 9) - The Minnesota Whitecaps are gearing up to defend their National Women’s Hockey League championship, but they're missing some of their top players from last season.

Over the summer the Professional Women’s Hockey Player’s Association (PWHPA) formed. The organization released a statement saying more than 200 top women hockey players are sitting out for the season and called for the professional league to give certain resources to players.

Whitecaps prepare for season as teammates sit out for league boycott

Whitecaps players prepare for the season as teammates sit out for a league boycott for increased pay and benefits.

In a pre-season Sunday scrimmage loss to the University of Minnesota, the Minnesota Whitecaps tuned-up their title defense in their growing sport.

"You look around the rink today and to see a bunch of little girls here and I think that alone is very telling," said Amanda Boulier, Whitecaps defender, while referencing the young fans in the crowd.

"Going into the season we’re going to have a target on our back," said Jonna Curtis, Whitecaps right winger.

Curtis and Boulier both played on the Whitecaps championship team last season, but not all of the players are returning this season. Among the hundreds of women hockey players participating in the boycott include U.S. Women's National Ice Hockey team members Hannah Brandt, Lee Stecklein and Kendall Coyne Schofield. 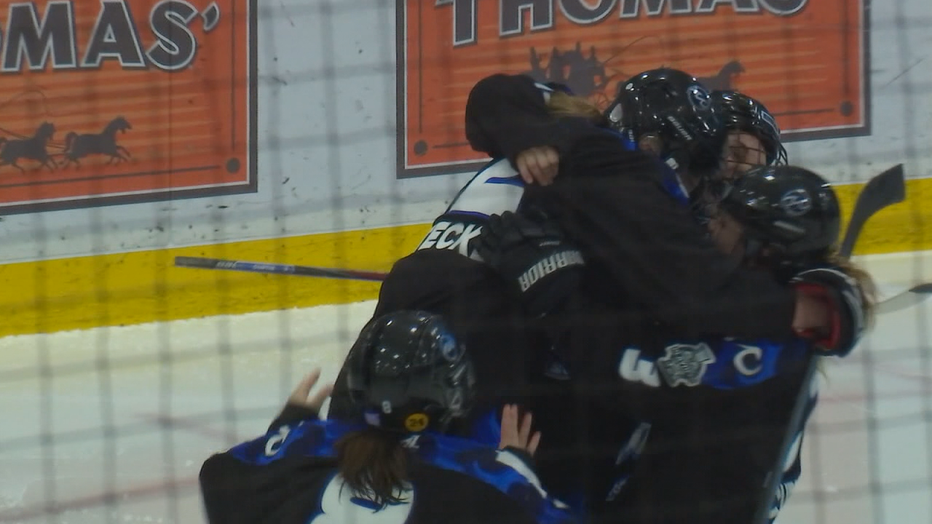 "We certainly respect what they’re doing and I think we’re all trying to do what’s best for women’s hockey," said Boulier.

Some players have said they can't make a living wage playing in the league and they're given no health insurance. The PWHPA said in a statement players can make around $2,000 a season.

"There are different paths for doing that and we wish them well and hope we can all work towards the same common goal," said Boulier.