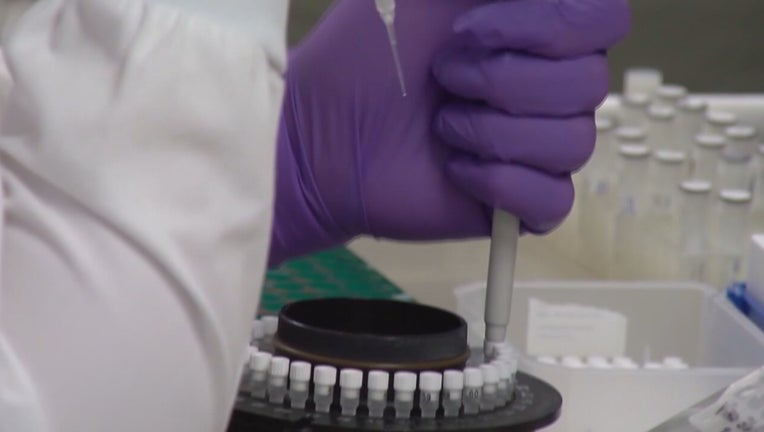 (FOX 9) - Recently, health officials have been discussing the importance of serology, or antibody tests, in the fight against COVID-19. Unlike the nasal swab tests, antibody tests use a small sample of your blood, usually taken by a finger prick.

Serology tests can't tell if you currently have COVID-19, but they can reveal if you have been infected by the virus in the past and if your immune system developed a response.

Antibody tests play a crucial role in identifying who has had the virus in their bodies and who could be immune.

“It’s important to us in public health. When that test is used over a wide population of people, it can give us an idea how many people in a community or neighborhood or city have been infected by the virus," said Sara Vetter with the Minnesota Department of Health.

Vetter said there are more than 100 different antibody tests out there and their accuracy can be all over the board. She said the industry standard is at least 95 percent - which the Mayo Clinic says its test is - in patients with at least 14 days of illness.

FDA TAKES ACTION: US to rein in flood of virus blood tests after lax oversight

Vetter said most people won't get a good antibody response for two to three weeks after their symptoms go away, so getting a test before then could produce a false negative.

She also said just because someone has antibodies to the coronavirus doesn't mean they are immune or if they are, how long that immunity would last.

"Just because you may have recovered from an infection, that doesn't mean you can't get it again or that you can't get infected and spread it to others."

Vetter also said anyone interested in getting an antibody test should go through their healthcare provider and use an accredited lab or institution to make sure the results are as accurate as possible.

“If the average Joe wants to know if there is a possibility they were infected, there is probably no harm. Where we caution people is we don't know if that antibody that you might have is protective."