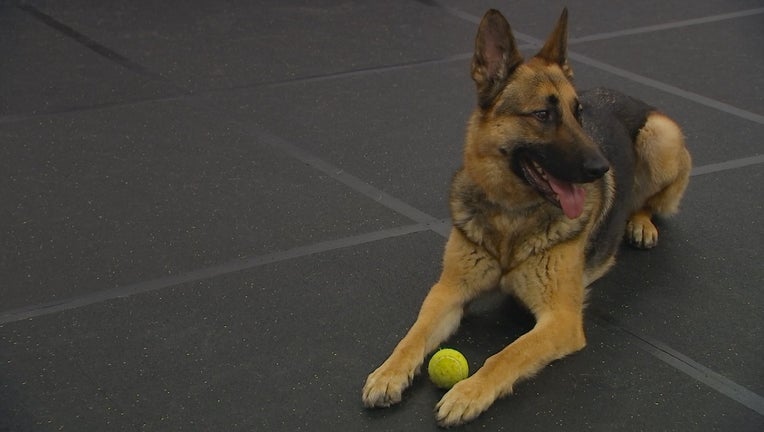 But over the last few months, Tressa Hinrichs has seen a heartbreaking spike in the number of people who want to get rid of their dogs.

Since 2015, Saving Shepherds of Minnesota has helped find forever homes for nearly 700 German Shepherds, like Tracker and Teddy.

"We are being inundated daily," said Hinrichs, "It’s gotten to the point that they don’t want resources. They want their dogs gone."

Each week, she gets dozens of messages from different dog owners all saying the same thing.

"It's 24 hours a day. We get emails, messages on Facebook, text messages and it’s gotten to a point where we don’t have any place for the dogs to go," said Hinrichs.

The Roseville foster-based rescue depends on volunteers to take the dogs in before they are adopted, and they just can't accommodate the surge of surrenders.

Hinrichs thinks the pandemic is partially to blame.

"It’s the worst I’ve ever seen in 15 years of doing rescue. I’ve never seen it this bad. People just walking away from their pets," said Hinrichs.

On Friday, she had enough, posting on Facebook that the rescue was suffering from compassion fatigue.

The post reads in part, "We are tired. We are exhausted. We are emotionally drained. We are judged for not taking dogs. We are called names. We are given poor reviews."

While her love for the breed will never go away, Hinrichs says the future of Saving Shepherds of Minnesota could be unclear if something doesn't give.

"I can’t not do it, but it’s getting harder and harder to get up every day... Am I making a difference? I don’t know."

This isn't the only rescue organization that is dealing with a similar problem. Border Collie Rescue of Minnesota recently announced they could be closing their doors by the end of the year with a Facebook post that says rescue is rewarding but draining.

If you are interested in fostering for Saving Shepherds of Minnesota or if you want to help their rescue efforts, you can find more information on their website.