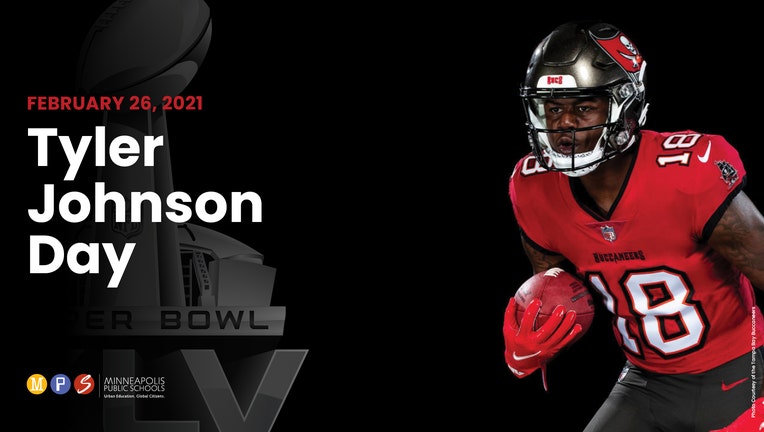 MINNEAPOLIS (FOX 9) - Minneapolis Public Schools will be celebrating "Tyler Johnson Day" on Friday in honor of the North High School alum who recently won a Super Bowl with the Tampa Bay Buccaneers.

At North, Johnson was a standout quarterback. He later took his talents to the Minnesota Gophers, where he blossomed as a wide receiver. As a rookie in the NFL, Johnson played a key role for the Buccaneers during their playoff run to victory.

In honor of Johnson, MPS is encouraging the district to wear athletic gear, use #MPSTJDAY on social media, and use a commemorative computer background during virtual meetings and distance learning.