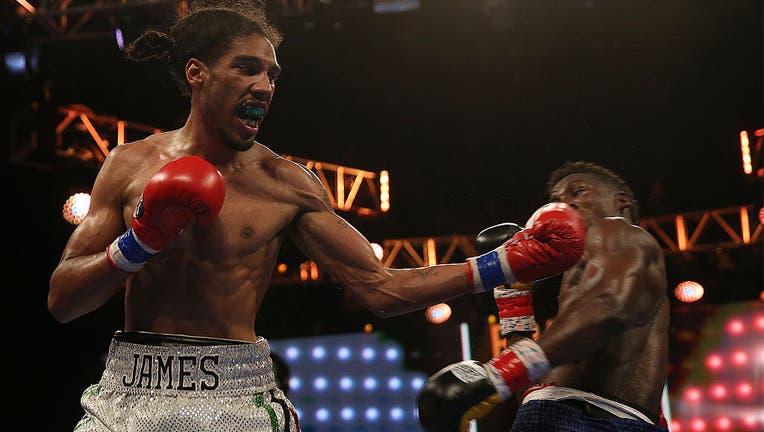 MINNEAPOLIS (FOX 9) - Two fighters based in Minneapolis are each getting their shots at a world title.

Jamal "Shango" James of Minneapolis (26-1, 12 KOs) will be taking on ranked veteran Thomas Dulorme (25-3-1, 16 KOs) for the World Boxing Association's interim welterweight title. David Morrell Jr. (2-0, 2 KOs), who is from Cuba but now fights out of Minneapolis, will be fighting veteran Lenox Allen (22-0-1, 14 KOs) for the interim super middleweight title.

The fights are set for April 11 at the Armory. This event marks the first time in nearly 40 years that two world boxing titles will be decided on one Minnesota card.

It's a big moment for James who has been patiently waiting for his turn to fight for a title. After four fights at the Armory, James remains unbeaten.

“I’m super hungry. I’ve been looking for my belt. It’s time for that belt. Shango needs to shine,” James said in a statement.