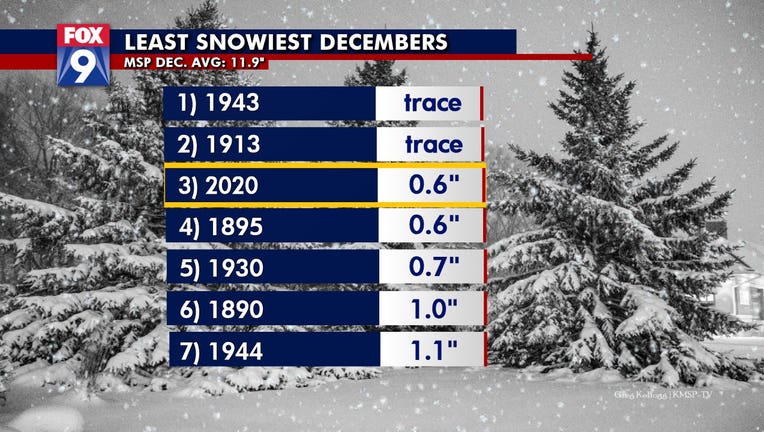 MINNEAPOLIS (FOX 9) - For those in the Twin Cities metro that look forward to a snowy December for the holiday season, they have been largely disappointed so far this year.

So far December 2020 ranks as the third-least snowiest December on record for the Twin Cities metro, with just 0.6 inches of snowfall. Even though there hasn't been much snow, what has fallen has still impacted road conditions. During a snowy, icy Sunday, there were two fatal crashes statewide.

Just two months ago, the Twin Cities recorded its snowiest October on record, beating out the total recorded in 1991 from the famous Halloween blizzard.

The average December snowfall for Minneapolis-St. Paul International Airport is 11.9 inches. With just about half of the month left, there's still some time to catch up.