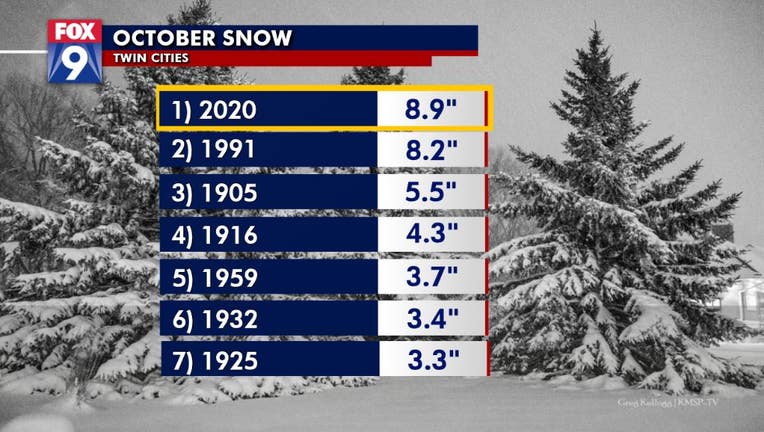 Early snow this fall made October 2020 the snowiest October on record. (FOX 9)

This October is now the snowiest October on record for the Twin Cities. A light snow Friday morning boosted the total to 8.9 inches of snowfall so far this month.

The new total meant finally overtaking the record the set in 1991 due to the famed Halloween blizzard.

From windsurfing to enjoying the fresh snow, many Minnesotans seem to be taking the early winter weather in stride.

A snowstorm hit the metro area on Tuesday, dropping 7.4 inches at the Minneapolis-St. Paul International Airport. The day itself was one for the record books becoming Minnesota's earliest 3+ inch snowfall ever and the second-largest October daily snowfall for MSP.

And October's not done yet. It's possible the total could grow a little more before month's end.