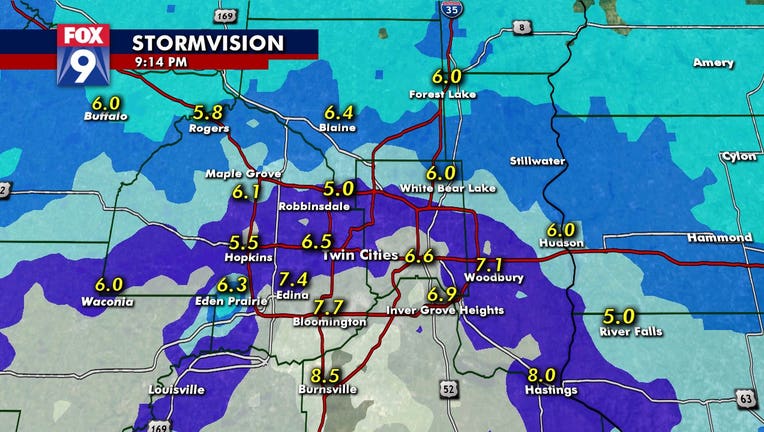 A map of snow totals from across the Twin Cities area.

(FOX 9) - Tuesday, October 20, 2020 will go down as Minnesota's earliest 3+ inch snowfall ever and the 2nd largest October daily snowfall for MSP Airport, according to the record books, which go back 140 years.

From windsurfing to enjoying the fresh snow, many Minnesotans seem to be taking the early winter weather in stride.

Snow piled up across the Twin Cities metro and surrounding areas from mid-morning through late afternoon. A total of 7.4 inches fell at MSP Airport. 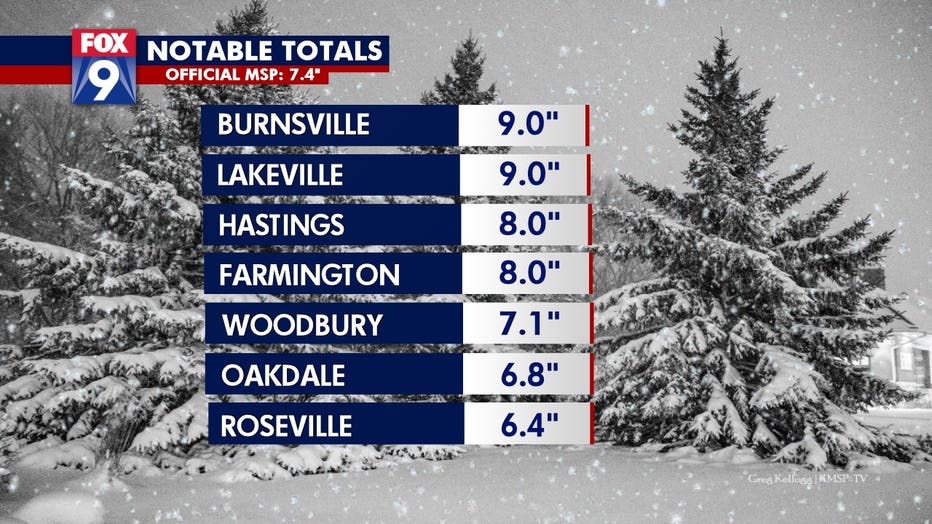 Final snowfall totals for a record-setting day in the Twin Cities area.

By Tuesday night, most of the region finished n the 4-6 inch range. In fact, areas like Chanhassen and Prior Lake reported about 7 inches, while Burnsville and Lakeville saw a whopping 9 inches of snow.

The State Patrol responded to 493 crashes statewide from 11 a.m. to 8:30 p.m. 48 of those crashes involved injuries, including one serious injury. No fatalities were reported. 614 more vehicles spun out or off roads and 22 semis jacknifed in the storm during that timeframe, too.

A windsurfer braved the elements Tuesday and took to Bde Maka Ska during an October snowstorm in Minneapolis.

MnDOT will look at road closures as conditions worsen due to dropping temperatures through this evening into the overnight.

Several cities have declared snow emergencies, including Bloomington, New Hope and Faribault. Check with your city for the snow emergency rules.

FOX 9 Reporter Karen Scullin hates the snow, but she caught up with some heartier Minnesotans who disagree.