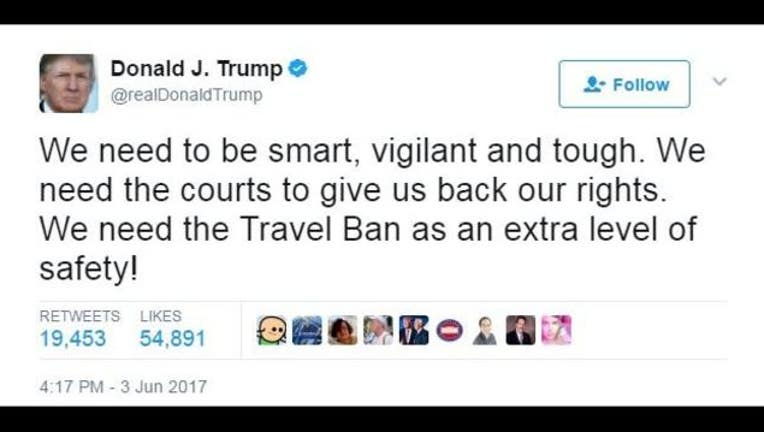 WASHINGTON (AP) - President Donald Trump is arguing in favor of his controversial travel ban as London authorities respond to reports of a string of attacks.

London authorities are investigating reports that a vehicle has hit pedestrians on London Bridge. Two other incidents also are being reported.

Trump began tweeting about the attacks an hour or so after initial news reports. One tweet read: "We need to be smart, vigilant and tough. We need the courts to give us back our rights. We need the Travel Ban as an extra level of safety!"

Federal courts have blocked Trump's travel ban on six mostly Muslim countries and refugees from anywhere in the world. His administration is asking the Supreme Court to reinstate it.

Trump also tweeted a pledge of help and support for London.