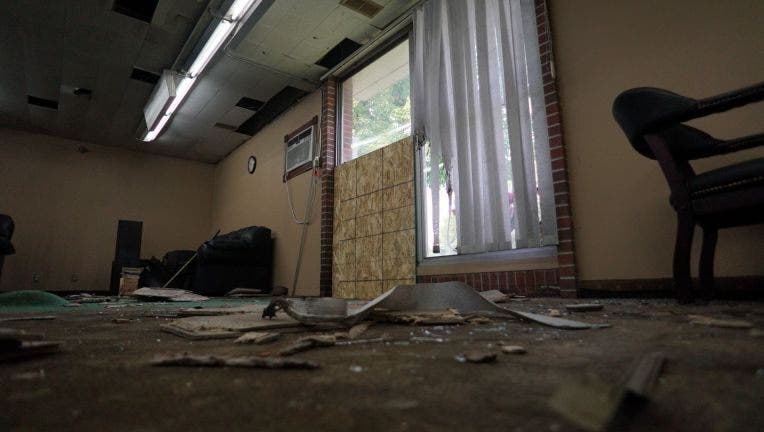 Inside the office damaged by an improvised explosive device at Dar Al-Farooq Islamic Center in Bloomington, Minnesota. (FOX 9)

MINNEAPOLIS (FOX 9) - A trial for a man charged in the 2017 bombing of Dar Al-Farooq Islamic Center in Bloomington, Minnesota has been postponed for two weeks after a jury member tested positive for COVID-19, according to a spokeswoman for the U.S. District Court in the District of Minnesota.

The court will resume on Nov. 30 in order for jurors and others involved in the case to get tested and undergo the 14-day quarantine period. Jury selection was held earlier this month and opening statements were held on Nov. 9.

Illinois militia group members Michael Hari, Michael McWhorter and Joe Morris were charged with federal hate crimes in connection to the bombing. McWhorter and Morris later pleaded guilty and have since testified that Hari planned the attack. The bombing damaged the building, but no one was injured.

Due to COVID-19 precautions, limited jury trials resumed in September, but in November the chief judge ordered that all criminal trials that had not already started would be postponed to next year.