The final two Minneapolis police officers facing state charges in the murder of George Floyd are set to face trial starting this week.

In the infamous video showing Floyd's killing, Thao was shown holding back members of the crowd who had gathered as police held down Floyd. Kueng was shown kneeling on Floyd's midsection and lower body as Derek Chauvin kneeled on his neck. 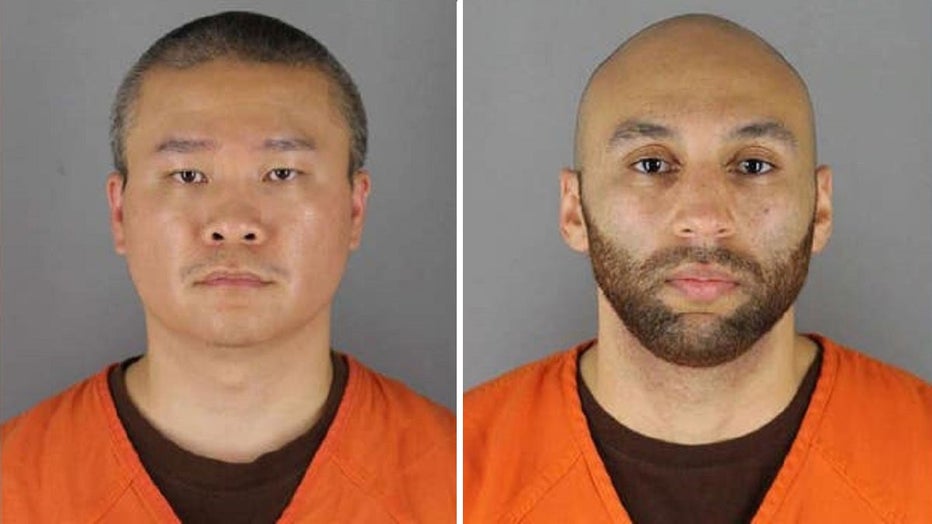 Chauvin was convicted in April 2021 on murder charges for Floyd's killing. He was sentenced to 22 ½ years in prison for the killing. He also pled guilty to federal charges before the trial in January. Thomas Lane, the fourth and final officer involved in the killing, was convicted of federal charges and pled guilty to state charges. He received a three-year sentence on the state charges.

While jury selection in Thao and Kueng's trial is set to begin this week, opening statements aren't expected to take place for about two weeks. Jurors have been told to expect the trial to last through mid-December.

Unlike Chauvin's high-profile state trial last year, the trial for Thao and Kueng will not be streamed and no cameras are allowed in the courtroom during the trial.

A questionnaire filed earlier this month in Hennepin County court shows the criteria being used to find jurors.

The document, which jurors fill out ahead of selection, asks them how much media coverage of Floyd's killing they've seen – including coverage of Chauvin's trial. Based on what they've seen, they ask what their impression of the defendants is as well as their impression of George Floyd and feelings on a number of social issues. The court also wants to know how many times they may have seen the video of George Floyd's death, if they've discussed it with family or friends, and if they participated in any demonstrations.

On the flip side, the questionnaire asks if jurors have any police connections or contacts and how they felt about police reform efforts.

The questionnaire warns that they will have to appear in court every weekday starting November 7 and deliberations may not start until December 16.

The court plans to seat 12 jurors and six alternates.