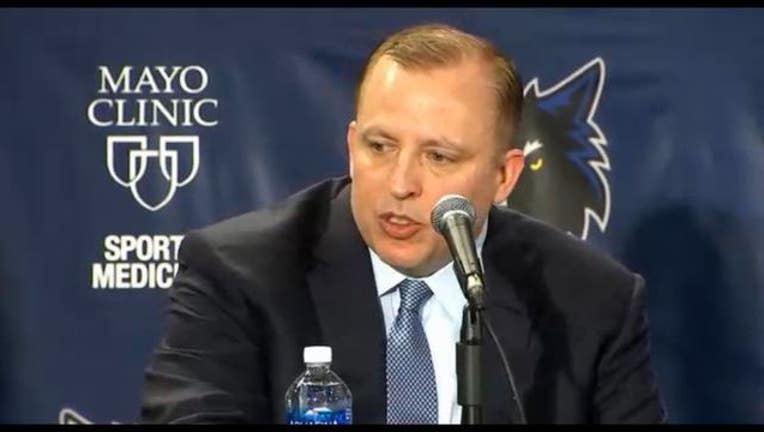 Tom Thibodeau is the new head coach for the Minnesota Timberwolves.

Thibodeau was relieved of his duties as President of Basketball Operations and Head Coach. His assistant coach, Andy Greer, was also released Sunday.

"We would like to thank Tom for his efforts and wish him all the best," said Timberwolves owner Glen Taylor. "These decisions are never easy to make, but we felt them necessary to move our organization forward."

General Manager Scott Layden will retain his position, according to the team and will run the basketball department.

Assistant Coach Ryan Saunders, the son of the late Coach Flip Saunders, will take over as Interim Head Coach for the remainder of the season.