Sekope Sharits and his mother spoke with FOX Television Stations about the challenges they face.

MAUI, Hawaii - Sekope Sharits will turn 17 years old in August, but any celebration will be overshadowed by a daunting challenge: being the caretaker for his parents who were both recently diagnosed with cancer.

His mother, Siu Ako Tolutau Sharits, 40, was diagnosed with breast cancer in April. His father, Kenneth, 52, is battling lymphoma after being diagnosed a few weeks ago. Both parents are undergoing chemotherapy treatment. Neither one is able to work.

"I honestly felt like the world was starting to become against me," Sekope told FOX Television Stations. "We have one heck of a road ahead of us." 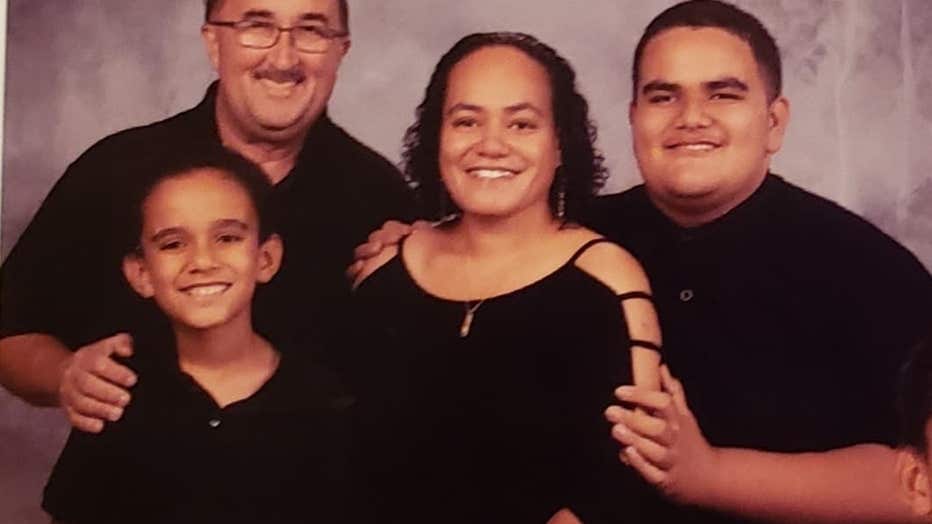 Sekope said there are no typical days, but usually, he wakes up in the mornings and tends to his parents’ needs such as administering their medicines, getting his father to exercise, and running errands for his mother. He also takes care of his 11-year-old brother.

But Sekope said the medical and household bills are adding up— such as food and clothes. The family said medical and disability insurance helps out a little, but they’re racking up thousands of dollars in payments.

"We still got to take care of my mom’s ambulance rides...hospital stay," he added.

"We got my ambulance bill which is $1,800 and we’re not that far from the hospital," Siu explained. "Not looking forward to the mailbox with all those bills but it’s going to come soon, slowly."

"Some people say it’s a lot to bear, but I do it out of my love for my parents," Sharits said

A GoFundMe page (https://www.gofundme.com/f/maui-family?utm_campaign=p_cp+share-sheet&utm_medium=sms&utm_source=customer)for the family has raised more than $112,000.

Siu gets emotional when describing how her sons are trying to make ends meet.

"They’re just kids. I wanted them to grow up, enjoy their lives being kids," she said.

"But of course, the love of kids to their parents...they stop whatever they’re doing and care for us," she continued. "They wanted to sleep by us, make sure that we’re comfortable."

October raises awareness for Breast Cancer and LiveNOW from FOX talks with a doctor about the advances in treatments and importance of early detection.

"We just have to go with it day by day," she added. "There’s a whole lot I wish I can do, but this is what God gives us and we just have to deal with it."

Sekope, a rising high school junior, doesn’t know if he will finish high school as he takes care of his parents. He said school leaders asked him to at least attend the first day of the upcoming school year so they can figure out the best course of action.

He said his hope is that both parents will live long enough to see him finish high school and watch him "walk down the aisle to get my diploma."