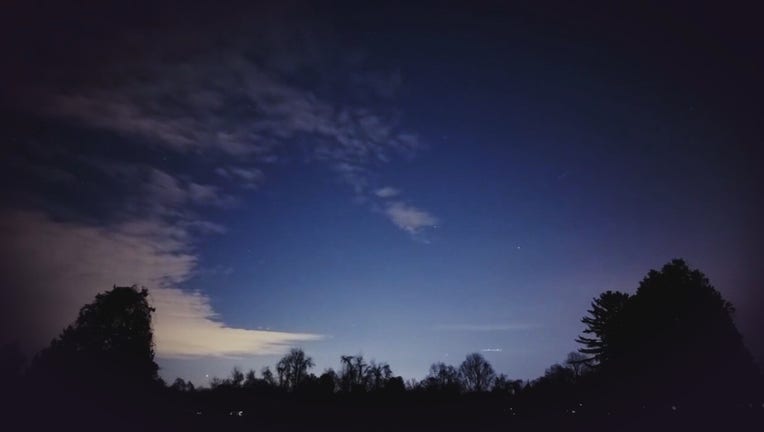 EDEN PRAIRIE, Minn. (FOX 9) - A couple miles from Flying Cloud Airport, in a quiet neighborhood, an Eden Prairie man saw a light in the sky last May, the curiosity became an obsession.

“I noticed something I had never seen before, which is an object that appeared to be levitating at or near the airport," he said.

The man said the objects often flew along the same flight path as planes flying in or out of Flying Cloud Airport but always after 11 p.m. when it is closed.

Fearing ridicule, the man asked the FOX 9 Investigators not to reveal his identity. Since that first encounter, there have been dozens of repeat performances. Bright objects in the western sky, at around 500 feet, moving slowly and silently across the horizon at an estimated 15 mph.

The man said the objects often flew along the same flight path as planes flying in or out of Flying Cloud Airport, but always after 11 p.m. when it is closed.

He’s made more than 80 video recordings with his iPhone, sometimes seeing as many as six objects together.

When he asked airport officials about it, they told him nothing was showing up on radar.

He also called Eden Prairie Police and the FBI, never getting any definitive answers about what the flying objects might be.

When asked if he would speculate on what he was seeing, he responded, “I would just take a shot in the dark and say… it is a listening device or something, something like big brother is tracking people’s movements.”