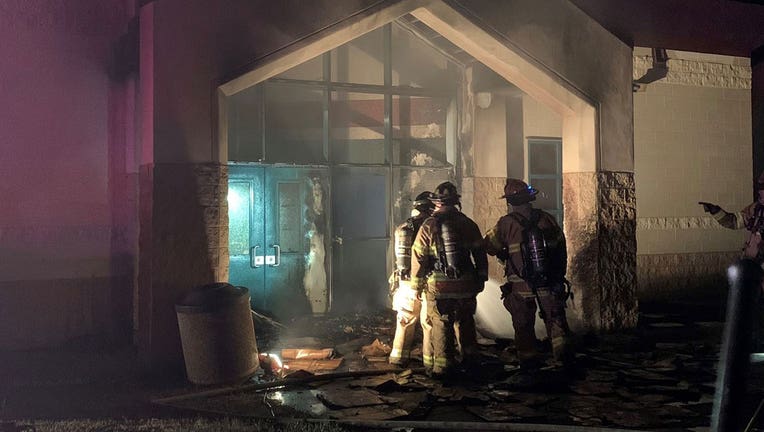 The St. Paul Fire Department said arson is the suspected cause of the fire that was reported around 3:30 a.m. Sunday morning at the community center in the East Side neighborhood of St. Paul.

According to the Sanneh Foundation, which uses the building for its youth services, there were no injuries reported because the building was empty. The entryway and interior sustained "moderate structural damage."

The Sanneh Foundation manages the building and its fields, including helping serve the needs of youth and families during the pandemic.

Tony Sanneh, the co-founder of the Sanneh Foundation, said he is committed to resuming programming as soon as possible, but that the building will not be usable for two to four weeks. They are working on finding alternative locations through St. Paul Parks and the St. Paul Public Library.

"They say times like this define us, and as a good friend complimented me today said, we focus on the solution not the problem and that is @thesannehfoundation," said Sanneh on Instagram following the fire.

An online crowdfunding effort has already raised more than $100,000 as of Friday morning.