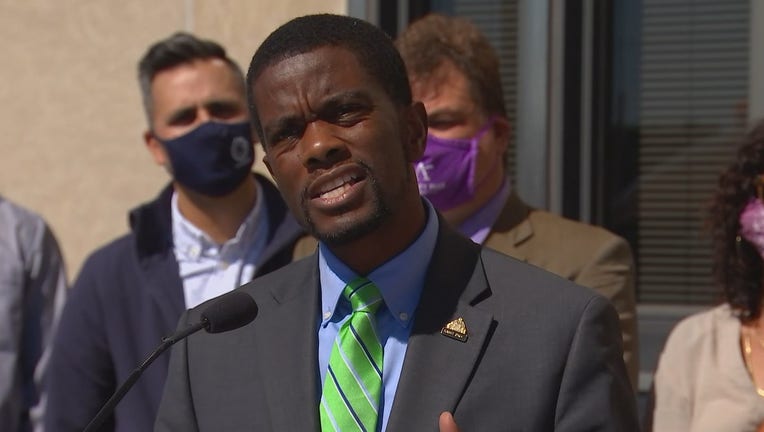 The city and Ramsey county announced the extension of the St. Paul Immigrant Legal Defense Fund. The collaborative effort with the Immigrant Law Center of Minnesota provides legal representation to those who are detained or facing deportation and earn less than 200% of the poverty income level. The fund directly helped Damu Vang’s father fight deportation to Laos.

"Because if he did not have the help that we have been receiving, he may never have gained an attorney and he would have been deported," said Vang.

The city has also partnered with Affinity Plus Federal Credit Union to seed what’s called the New American Loan Program. It provides zero-interest loans for city residents to pay for the fees and applications to apply for U.S. citizenship.

"We know that our residents who are seeking immigration and naturalization services face an array of barriers. Finances shouldn’t be one of them," said Joel Swanson, the vice president of marketing at Affinity Plus Federal Credit Union.

The new and expanded programs come as the St. Paul Area Chamber of Commerce released new research showing immigrants now make up nearly 20% of the city’s population. Immigrants also make up 35% of the manufacturing workforce in the city, and represent about one-third of entrepreneurs in the city.

Immigrants also accounted for 62% of the city’s growth between 2015 and 2019. They held $966 million in disposable income in 2019 or nearly 15% of the city’s total spending power. It’s a large reason why the city is reaching out to immigrants, including those who may be coming from Afghanistan.

"That’s who we are as St. Paul," said Mayor Carter. "We’ve always been a city that’s been open to redefining and reinventing ourselves and that welcome, that inviting culture that we have will absolutely not stop today."