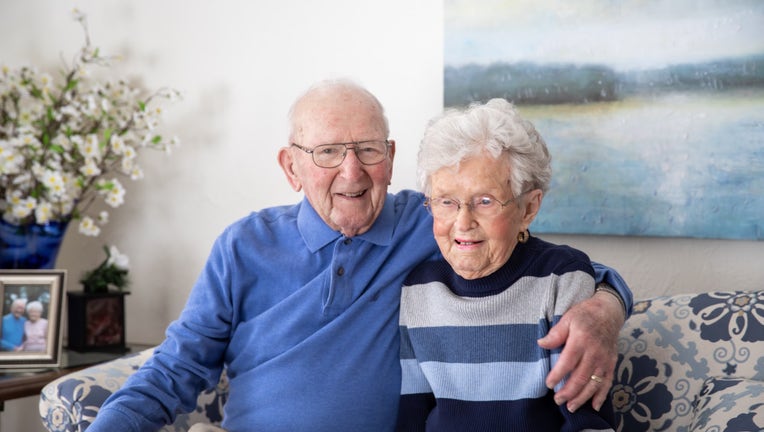 Leona and Vincent Arceno are celebrating 78 years of marriage. (Supplied)

ST. PAUL, Minn. (FOX 9) - It's an extra special weekend for a St. Paul couple as they celebrate their 78th wedding anniversary.

Vince and Leona Arceno, who are both 99, could be the longest wedded couple in Minnesota and it's safe to say they are soulmates.

It's an extra special weekend for a St. Paul couple as they celebrate their 78th wedding anniversary.

They met back around 1941 while rollerskating and have been together ever since.

"I'll tell you one thing though," she said. "We go to bed at night the last thing is the kiss and usually the first thing in the morning is the kiss. But sometimes he forgets but I remind him."

When it comes to a long life, both say lots of walking is the key.