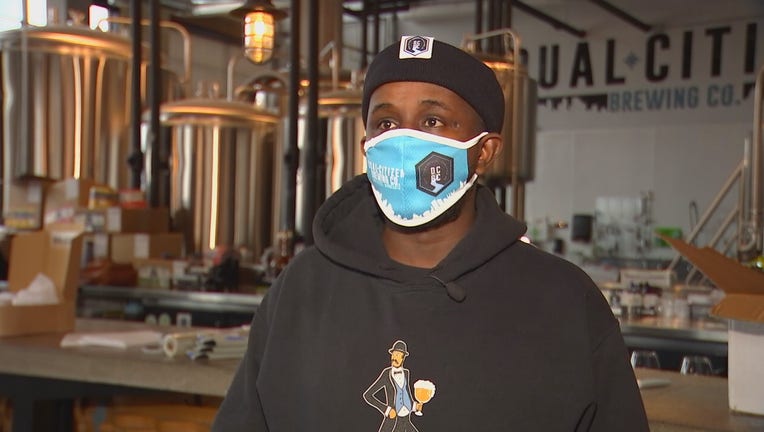 Dual Citizen Brewery handed out six packs and Thanksgiving meals to other restaurant industry workers who need help during the holidays.

Candis Clendening, of Dual Citizen, said it’s a scary time for everyone in the industry as another shutdown and another round of layoffs have struck again. It’s making for a not-so-jolly holiday season for thousands across Minnesota.

Every service industry worker that came in to Dual Citizen Brewery Wednesday took home six beers and a free Thanksgiving dinner from a business that’s hurting itself.

“A lot of people that I’m close with that are also in the hospitality industry lost their jobs and unemployment isn’t working as well as it was for the first lockdown,” Clendening said.

So, Dual Citizen decided to give their fellow service industry workers a little something to be thankful for.

“Even if we still can’t sell the products that we have in the tanks at the end of the day, we are still part of the community and we still want to help and do anything we can do,” said Mahad Muhammad.

The owners of Dual Citizen partnered with South Minneapolis restaurant Petite Leon to cook the food and threw in beer from not only their brewery, but several others around town.

The brewery gave out 150 Thanksgiving meals by the end of the day.

“It’s really nice to have a decent meal for the holidays,” said Jesse Smith, a restaurant industry worker who stopped in to get his meal months after being laid off.

“We worked to make sure other people had meals and had stuff to eat and drink, so it’s really nice the industry is giving back to us,” he added.

While none of them know whether they’ll ever be back, they know they at least have each other.

“We’ve got to be there for one another and support each other as much as we can,” said Clendening. “I think it’s the only way we’re going to get through this.”