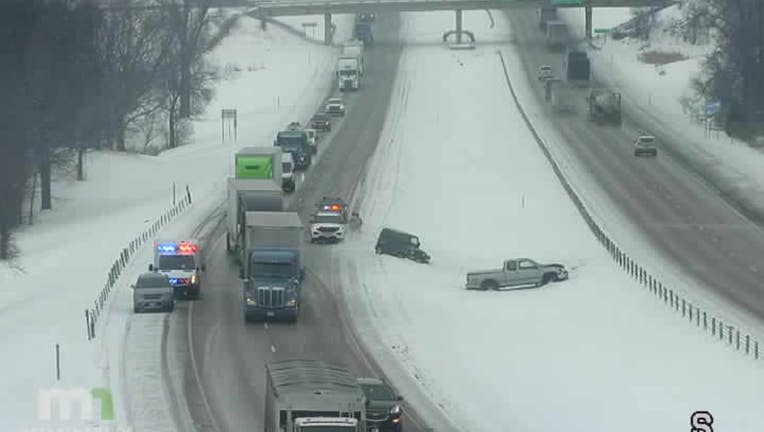 Two cars enter the median on I-35 near Northfield, Minnesota Thursday morning. (MnDOT)

(FOX 9) - The Minnesota State Patrol said it responded to more than 100 crashes Thursday morning after a dusting of snow created slick conditions.

According to the State Patrol, 113 crashes were reported statewide as of 10 a.m. 12 of those crashes involved injuries, including one with serious injuries on Hwy. 169 in Hibbing.

A trooper was also involved in a crash Thursday morning after being struck from behind at Highway 169 and Interstate 394.

According to the Minnesota Department of Transportation, roads in the Twin Cities area were covered with some slush, snow and ice throughout the morning on Thursday.