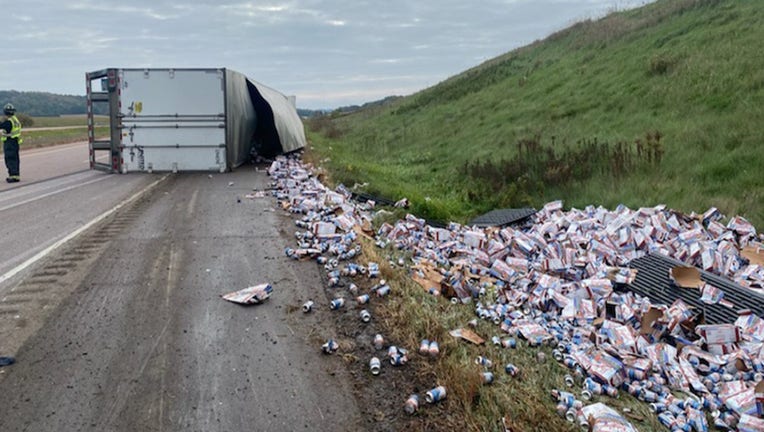 A semi truck hauling Leinenkugels was involved in a rollover crash in Wisconsin.

According to the Wisconsin State Patrol, at about 9:15 a.m., authorities responded to a rollover crash involving a semitruck on I-94 in Jackson County.

The right lane was closed for a period of time as officials cleared the scene. 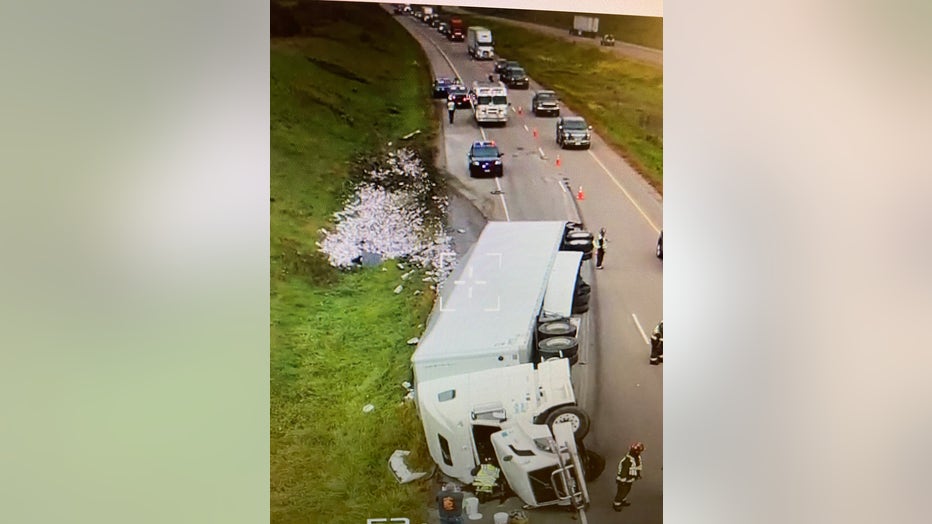 Authorities clear the scene after a semi hauling Leinenkugels was involved in a rollover crash on I-94 in Wisconsin.