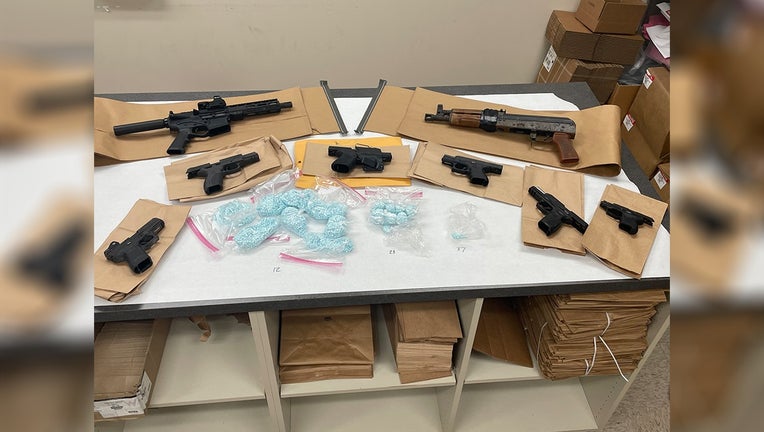 MINNEAPOLIS, Minn. (FOX 9) - Law enforcement in Minneapolis seized thousands of fentanyl pills and several illegal firearms during the execution of a search warrant on Friday night.

While executing the warrant, law enforcement said there were multiple "uncooperative" people and some who attempted to escape out a window, but they were quickly caught.

The sheriff’s office said 11 people were arrested and booked into custody. They did not say whether anyone has been formally charged.

The search warrant stemmed from an ongoing investigation of illegal narcotic sales and weapons possession in north Minneapolis in connection to Operation Endeavor, according to the sheriff’s office.