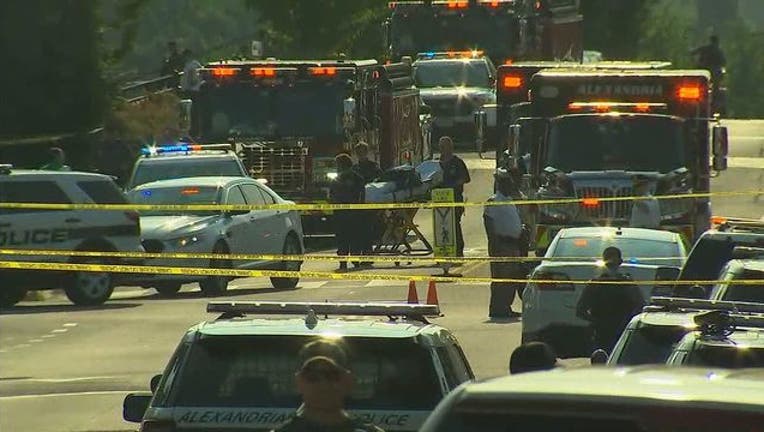 Scalise (R-Louisiana) and several others, including congressional aides and members of his security detail, were wounded in the shooting that happened around 7:30 a.m. ET at the baseball field in 400 block of East Monroe Street. LATEST UPDATES

Rep. Erik Paulsen (R-Minnesota) is Scalise’s roommate in Washington and a teammate on the Republican baseball team. Paulsen was not at Wednesday’s practice, but shared his thoughts on Twitter:

“My heart goes out to my friend and roommate Steve Scalise, as well as staffers and Capitol Police involved in this morning's shooting,” Paulsen wrote. “I wish everyone a speedy and full recovery and am relieved that this was not worse. Thank you to the Capitol Police for their courage and bravery, and acting so quickly.”

Senator Jeff Flake (R-Arizona) said Scalise was on second base fielding ground balls when he was shot by a man standing off the third-base side of the field and armed with a rifle. Flake said Scalise dragged himself before collapsing on his way to the dugout along with another staffer who had been shot. Flake described the gunman as having a large amount of ammunition.

President Trump tweeted that Scalise is a "a true friend and patriot." He says he expects Scalise to fully recover. Scalise was taken to George Washington University Hospital where he remains in stable condition.