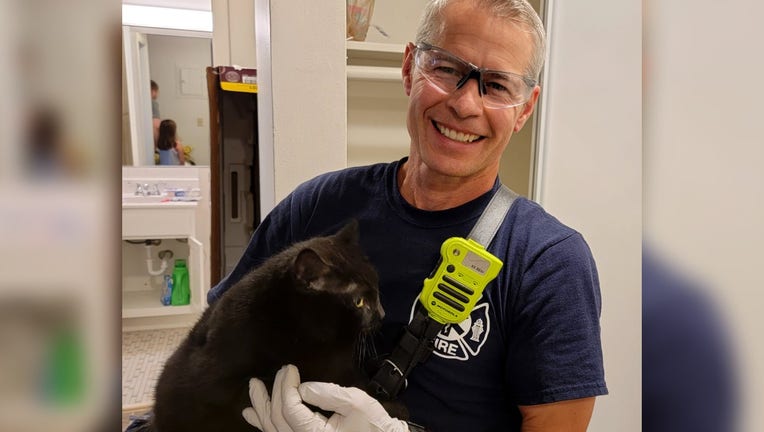 A Richfield firefighter rescued a cat that got stuck underneath the dishwasher and in the kitchen cabinetry. (Richfield Fire Department / Supplied)

RICHFIELD, Minn. (FOX 9) - Richfield firefighters came to the rescue of a feline after it found itself trapped in a tricky position.

Thursday, a resident reported Waddles the cat managed to get stuck underneath their kitchen dishwasher.

After assessing the situation, the firefighters put a rescue plan into action. They removed the dishwasher, but a scared Waddles retreated further back into an opening in the kitchen cabinets.

Using some cat food, they persuaded Waddles to come closer until a firefighter successfully pulled the shaken kitty out.

Waddles warmed up to its rescuers, even posing with a photo after the ordeal.