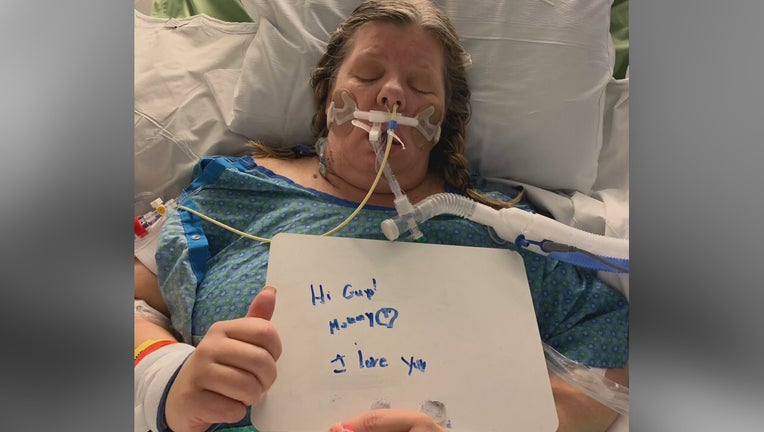 ROSEMOUNT, Minn. (FOX 9) - From a ventilator to being released from the hospital, a Rosemount, Minnesota woman made an incredible recovery from COVID-19. And a new treatment could have played a role in the recovery.

Amy Billings was part of a clinical drug trial for remdesivir, that's being tested on hundreds of patients nationwide. Within a few days, she started to turn the corner but won't know the official results for a few more months.

From a ventilator to being released from the hospital, a Rosemount, Minnesota woman made an incredible recovery from COVID 19

"So from Wednesday to Easter Sunday, I was heavily sedated and not remembering anything,” Billings recalled.

Amy Billings initially started to experience mild symptoms at the end of March. By the second week of April, she went to the emergency room and was admitted for testing but her condition quickly deteriorated.

"That was something that kept shocking them there wasn’t anything else there that would make it get this bad this quickly," she said.

As she got worse, she was put on a ventilator and taken to Bethesda Hospital, the facility dedicated to treating COVID-19 patients. She was then admitted to the intensive care unit.

Her husband, Todd, was sent information to be part of a national trial for drug remdesivir -- which so far has found to shorten the duration of illness in patients with coronavirus.

"She just fit the profile, so to speak, of what they are looking for," said Todd Billings. "Someone who is very ill, someone on a ventilator, and they just felt she was a good candidate to be a part of this study."

Soon after her labs showed improvement and her oxygen levels started to get better but it'll be a few months before she knows the official results of the trial.

"The thing about the study is that there is no guarantee she was actually going to get the drug or the placebo, it’s 50-50," Todd added.

Amy was finally discharged at the end of April and got to ring the bell on the way out. The greatest feeling, she says, was knowing she could fully recover at home and have the support of those around her.

"The outpouring of love that I got even from strangers, people dropping meals, gift cards or flowers," she said.

Amy says, so far, she doesn't have any side effects from the study. She will have to go in for routine lab draws for some time. She hopes this drug will help others critically ill with COVID-19.