Prior Lake, Savage schools host forum on bullying and racism

The Savage Police Department invited families in the Prior Lake-Savage Area school district to an educational forum to learn about bullying and harassment on social media.

(FOX 9) - On Tuesday night the Savage Police Department invited families in the Prior Lake-Savage Area school district to an educational forum, to learn about bullying and harassment on social media.

Prior Lake High School received a lot of attention last fall after Nya Sigin was allegedly bullied and encouraged to commit suicide online.

On Tuesday, Prior Lake school resource officer Jacqueline Kelch focused on the mental health impacts of social media and the role it may play in increased suicide rates among adolescents.

She also touched on how the law views bullying through social media.

"A lot of people think that harassment has been committed but when you actually look at what the statute requires, the threshold hasn’t been met. A lot of people are under the impression that bullying is a crime; unfortunately, it’s not in the state of Minnesota," Kelch told FOX 9 before the forum. "It’s more of a school rule issue and not necessarily a criminal issue."
Kelch says that threshold is only crossed if students make direct threats online and then carry through with them.

She had this ask of parents on Tuesday: "You should be going through your child’s phone. My kids hate me for it, but that’s okay, I go through my kid’s phone – and sometimes if I see something that I think we need to discuss we have an open discussion," Kelch said. 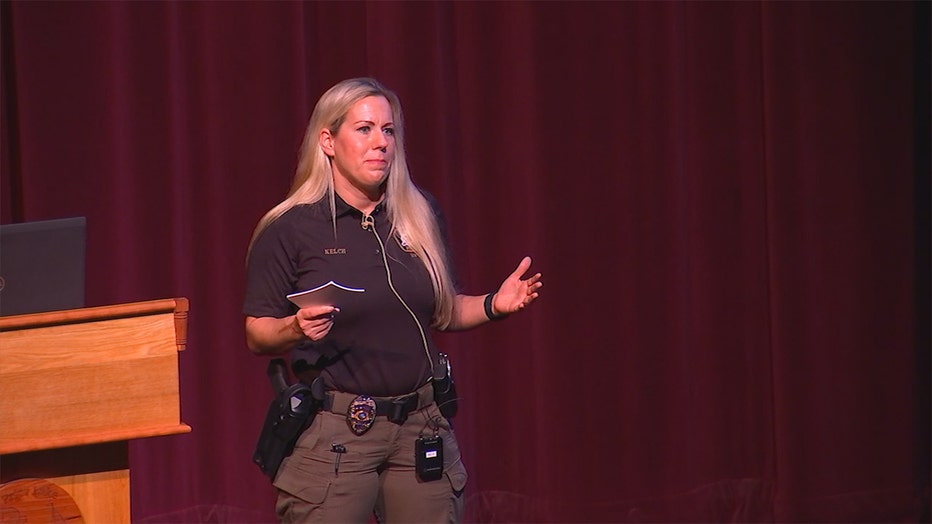 Parent Bill Whalen has four kids in the district and he says each has been bullied and harassed at school.

"They don’t want to go to school, they feel like they’re going to be harassed and attacked every day," Whalen said. "This is a systemic problem, it’s built into the culture of the district that these behaviors have been allowed."

Now Whalen has created an organization to help those without a voice… his website shares information about what students are experiencing in and around Prior Lake. Already he says he’s received about 75 reports of harassment.

"The website is seeing some days hundreds of people hitting it," Whalen said.

District 719 has schools in both Prior Lake and Savage, and on Wednesday night the Prior Lake Police Department will host a presentation of its own on similar topics.