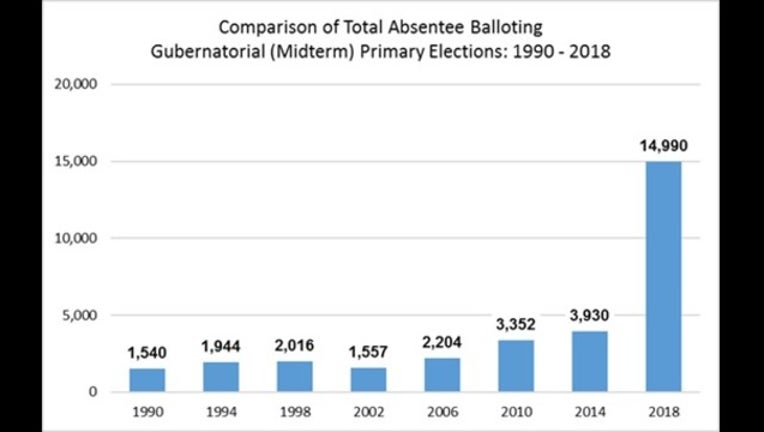 MINNEAPOLIS (KMSP) - It's been a historic turnout so far in Minneapolis with nearly 15,000 ballots turned in for primary early voting. It's the most absentee ballots ever received for a single primary in Minneapolis.

The polls for primary voting close at 8 p.m.